(FOX 9) - Line 3 has been in the works for nearly eight years, and despite some loud criticism of the project, Enbridge expects oil will begin flowing in the Minnesota section of the pipeline by early next week.

Still, some critics say the fight is not over.

Miles and miles of new pipeline will soon carry millions of gallons of oil across northern Minnesota, from the northwest corner of the state to Lake Superior.

Enbridge says Line 3 oil pipeline complete, will be in service on Oct. 1

Enbridge says the Line 3 oil pipeline is complete and will be in service on Oct. 1.

But the Enbridge replacement pipeline project has faced years of opposition – from both environmentalists and Native American tribes.

Among them is Winona LaDuke, who calls herself a water protector.

"Who gives away your water, your civil rights, your constitutional rights and your land to a foreign corporation?" LaDuke said.

LaDuke, who is the executive director for Honor The Earth, worries about the risk of oil spills and that the pipeline would compromise her native peoples' access to wild rice.

"Just because you shoved it down our throats doesn’t mean you get to keep your pipe," LaDuke said. 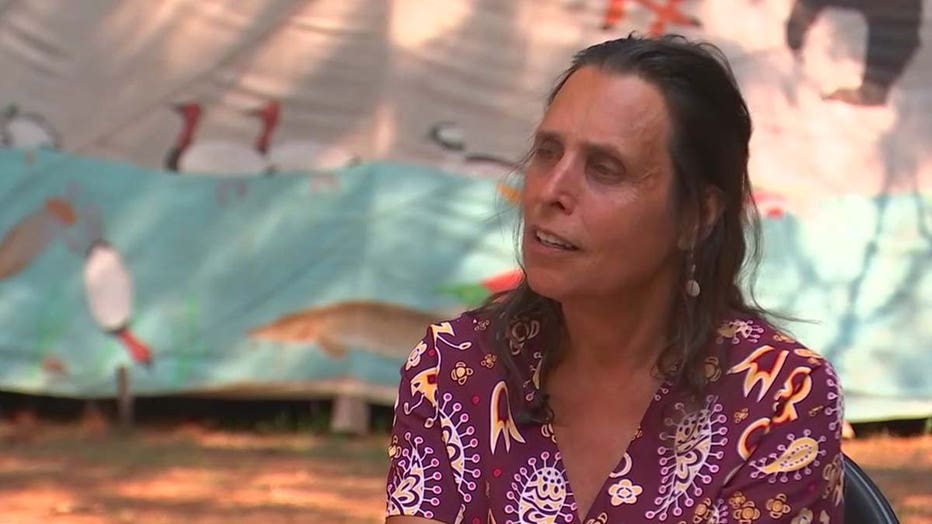 Winona LaDuke, the executive director of Honor The Earth, calls herself a water protector and has advocated against the Line 3 oil pipeline. (FOX 9)

Still, Enbridge has overcome several legal challenges to stop the pipeline, calling it "the most studied pipeline project in state history."

"Today is a great day because all the other pieces were completed the only piece that remained was in Minnesota," said Mike Fernandez, senior vice president of communications at Enbridge.

When FOX 9 asked Fernandez about how confident he and the folks at Enbridge are that this new pipeline won't compromise tribal resources or the environment at large, Fernandez answered, "Well because... because we've done the work."

Meanwhile, LaDuke tells us the resistance to Line 3 is not over.

"This is a scary proposition for all of us," LaDuke said. "Hopefully it's a lesson for Minnesota before it's too late -- so we can protect our water and protect our future generations."

There are a couple court cases pending that some are hoping will derail Line 3, but many are looking to President Biden to halt the pipeline altogether.