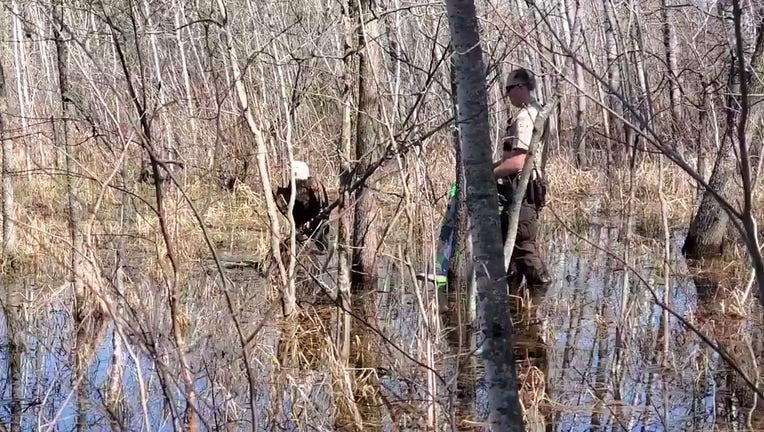 (FOX 9) - A Chisago County Sheriff's deputy rescued an injured eagle over the weekend.

According to the sheriff's office, Deputy Finnegan got a call on an injured eagle. So, equipped with welders gloves and a blanket, he approached the eagle and was able to capture it.

A deputy rescued an eagle in Chisago County, Minnesota.

The whole encounter was captured on video.