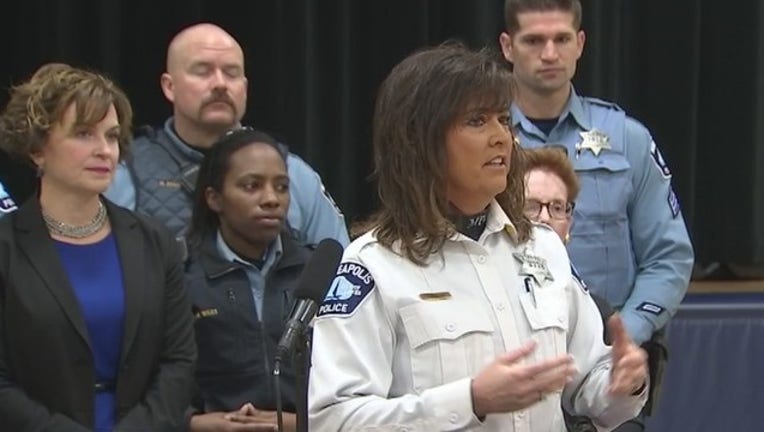 MINNEAPOLIS (KMSP) - A public feud between Minneapolis Mayor Betsy Hodges and Police Chief Janeé Harteau over the nomination for 4th Precinct Inspector led Lt. John Delmonico to withdraw his bid for the position, according to a department-wide email sent by Harteau Monday.

In it, she outlines the reasoning for her decision, and mentions concerns that recent events "may make potential candidates hesitant to accept this position."

Harteau highlights the reduction of violent crime and aggravated assault on Delmonico's watch as 4th Precinct overwatch commander, and says she will consider him for future leadership positions.

For her part, Hodges said in a statement last week that despite her decision to block Delmonico's nomination, she supports Harteau and praised her handling of the department in the past.

Delmonico and Hodges do have a history after a 2014 incident where he accused her of making hand gestures that could be misconstrued as gang signs.