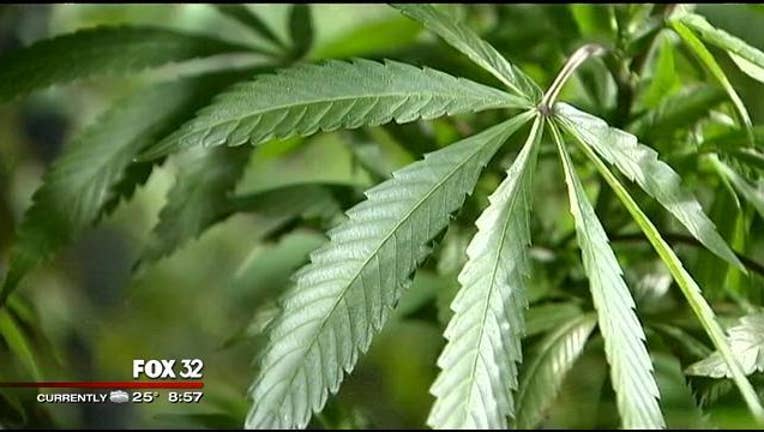 The Menominee Indian Tribe of Wisconsin said agents from the Drug Enforcement Administration entered their sovereign lands on Friday and improperly destroyed a crop of industrial hemp — but federal authorities said the crop was actually an illegal marijuana growing operation and some of the participants were not tribal members.

There were no arrests, and the investigation is ongoing, the DEA said.

The tribe legalized the growing of low THC non-psychotropic industrial hemp on its lands in May. In a statement Friday, Tribal Chairman Gary Besaw said the tribe had always intended to grow the crop legally for research purposes under the 2014 Farm Bill, which recognizes the distinction between marijuana and industrial hemp.

He said he was disappointed that federal authorities used "the full force of the DEA to raid our tribe."

But Acting U.S. Attorney Gregory Haanstad told The Associated Press in a statement that he disagrees with Besaw's characterization that the crop was industrial hemp. He said agents "executed federal search warrants on a large unlawful marijuana grow operation on tribal land and seized what agents describe as approximately 30,000 marijuana plants weighing a total of several thousand pounds."

The DEA said the search warrant authorized agents to search a dwelling, an outbuilding and about 20 acres of land.

"The investigation into the marijuana fields revealed that individuals other than Menominee Tribe Members planted and were tending to the marijuana plants located on tribal land," said Dennis Wichern, the special agent in charge of the DEA's Chicago Field Division, which includes Wisconsin.

The tribe's statement said there has been some disagreement over whether the crop is legal, and that the tribe had worked to resolve those issues, offering to take the disagreements to court and to destroy a portion of the crop that was considered a problem.

"These offers by the Tribe were rejected in favor of the aggressive unilateral action we saw today," the tribe's statement said. Litigation will have to settle the question of whether the tribe can grow industrial hemp, the tribe said.

Besaw added that the tribe was trying to meet its financial needs by researching the potential economic opportunities of industrial hemp.

Haanstad said the United States Attorney's Office and the Department of Justice respect the tribe's sovereignty and will continue to work with federal, state, local and tribal partners to promote public safety on the reservation.