The legacy of Dale Earnhardt Sr.

DAYTONA BEACH, Fla. (AP) - Ryan Newman was lying in bed one morning, his two daughters still tucked in down the hall, when a YouTube video of his death-defying crash popped up as a recommended watch.

He hit play, absorbing every angle of the terrifying tumble that nearly killed him on the final lap of last year’s Daytona 500. He started to cry.

His tears had little to do with his wreck, which started when he hit the wall, bounced back into traffic and was drilled by another driver. His car flipped, landed on its roof and skidded to a halt in a harrowing, heart-stopping show of sparks and flames.

"Those are tears of respect and appreciation, not tears of sadness, because I was here and I was able to watch it and know that just down the hallway my kids were going to wake up," Newman said.

NASCAR fans and fellow competitors feared the worst for Newman, but the 2008 Daytona 500 winner walked out of the hospital 48 hours later holding hands with his girls. He will take his seat Sunday in the No. 6 Ford for the Daytona 500.

Newman is a symbol of how far the sport has come since NASCAR's darkest day 20 years ago, when seven-time champion Dale Earnhardt was killed in the final turn of the 500. Earnhardt was the fourth national series driver killed in nine months — two of them hit the same wall at the same track eight weeks apart — and the one who brought NASCAR to its knees.

RELATED: Remembering Dale Earnhardt as the 20th anniversary of his death nears

On the cusp of a national popularity explosion, NASCAR never stopped after the deaths of Adam Petty, Kenny Irwin Jr. and Tony Roper. But losing Earnhardt forced the stock car series to confront safety issues it had been slow to even acknowledge, let alone address.

The dramatic upgrades have saved multiple lives — NASCAR has not suffered a racing death in its three national series since — and are the hallmark of Earnhardt's legacy. 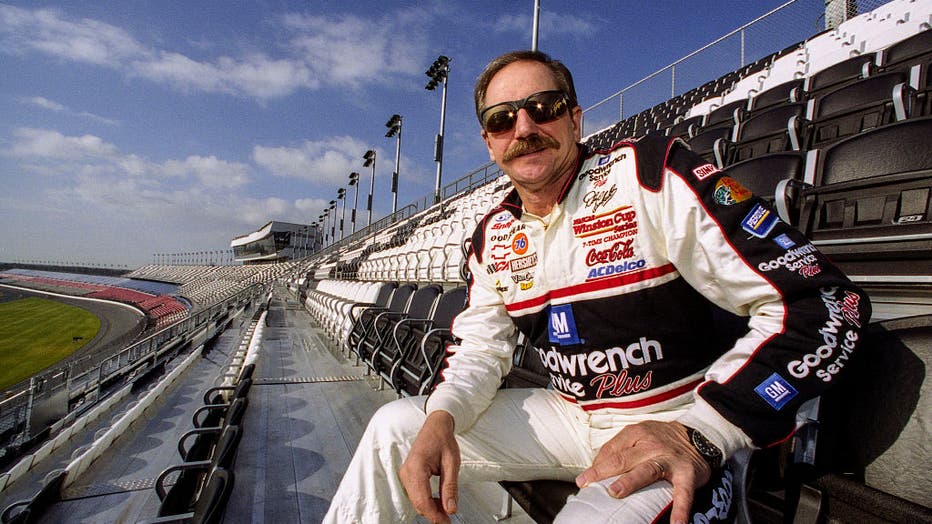 Dale Earnhardt checks out the view from the newly completed Earnhardt Grandstand during winter testing, two weeks before the Daytona 500, at Daytona International Speedway, Daytona Beach, FL, in this file photo from February 2001.

"The Intimidator" was considered one of the toughest to ever climb into a stock car. Earnhardt never backed down and often was the lone voice speaking to NASCAR for all drivers, friends and rivals alike.

Talks of modernizing the car had been tiptoed around, and many drivers frowned on the confines of head-and-neck restraints. NASCAR marketed — perhaps even glorified — big wrecks and hard races, and that door-banging image overshadowed any pressing needs for safety improvements.

"Dale still had a bit of an image in terms of, ‘It’s not something we talk about,’ right?" longtime NASCAR executive Steve O’Donnell said. "Certainly you want the cars to be safe, but you want to talk about racing."

— SAFER Barriers: The Steel And Foam Energy Reduction Barrier was designed to absorb and reduce kinetic energy during high-speed crashes. "Soft walls" have been gradually added to nearly every NASCAR track, first in high-impact areas and later, after Kyle Busch broke both legs in a 2015 crash at Daytona, in place of nearly every spot of exposed wall.

— HANS device: NASCAR mandated the use of head-and-neck restraints in late 2001. Drivers had resisted using the U-shaped neck restraint made of carbon fiber because they found it cumbersome and restrictive. They became required equipment after 25-year-old Blaise Alexander was killed in a crash at Charlotte Motor Speedway some eight months after Earnhardt's death.

— Redesigned cars: NASCAR has developed three new cars since 2001, each one adapting to the latest technology. The latest "Next Gen" car was supposed to debut this year but was postponed to 2022 because of delays caused by the pandemic.

"The culture is what Dale Earnhardt changed," O'Donnell said. "It’s our ability to each and every day talk about technology, talk about safety and continue to have people in the industry approach us about those ideas versus just how to make the car go faster."

Earnhardt Jr. was still wearing his fire suit when he sprinted into the hospital searching for his father that fateful afternoon on Feb. 18, 2001. A shy, third-generation driver trying to hold his own against his father, Earnhardt Jr. was in his second season driving for Dale Earnhardt Inc. and still adjusting to his newfound fame.

At 26, he inherited his father's rabid fanbase and expectations to be as good as the old man. Junior was hounded by comparisons — in demeanor and skill — and persevered through early insecurities to develop into a winner himself.

He drove six more seasons for DEI and won the first of his two Daytona 500s. But Earnhardt Jr. feuded with his father's widow and moved to Hendrick Motorsports in 2008. DEI continued via mergers with other teams and contractually obliged sponsors, but the three-car juggernaut the late Earnhardt started is no longer in business.

Junior never equaled his father's on-track success but eventually blossomed into a NASCAR leader. The lingering effects of concussions led to early retirement in 2017, and Earnhardt Jr. is now the married father of two daughters. A 15-time winner of the fan-decided Most Popular Driver award, Earnhardt Jr. is a 2021 inductee into the NASCAR Hall of Fame and a media personality as an NBC Sports analyst and star of both a podcast and a television series.

He long ago made peace with his father's death.

"I didn’t want to feel any negative feelings when I came here because I love Daytona, love this track and I love the history," he said in 2018. "I want to be rooted in this sport and that means I want to be at Daytona when they race here. That was the choice I made a long time ago and feel very comfortable here."

Team owner Richard Childress had big plans for Kevin Harvick, his 25-year-old Busch Series driver from California. Harvick had shown enough skill in one season in NASCAR’s second-tier series that Childress announced at the start of 2001 he was promoting Harvick the following year.

Earnhardt had given no indication of slowing down, but he was 49 and realistically nearing the end of his career. With Harvick, Childress had a potential star capable of carrying RCR into the future.

Childress had to push Harvick into Earnhardt’s seat a year earlier than planned, rebranding the No. 3 to the No. 29 to give Harvick his own identity. When Harvick won three weeks after Earnhardt’s death, he celebrated with three fingers out his window.

Yet Harvick struggled to escape Earnhardt’s shadow in the formative years of his Cup Series career.

"Everything that you did was always compared to everything that Dale did," Harvick said. "I became defensive. I didn’t want to do anything that was the same way (as Earnhardt) just because I got tired of hearing it."

Harvick eventually found his own identity, and thanks to his own sponsors and own crew, was able to distance himself from Earnhardt. He won the 2007 Daytona 500 driving for Childress and eventually left RCR to join Stewart-Haas Racing before the 2014 season. Harvick was rewarded for the bold move with his only Cup championship.

The perennial title contender has scored 35 of his 58 career victories with SHR. Changing teams, Harvick said, helped validate his career.

Childress, now 75, often wonders what NASCAR would look like had Earnhardt survived. Childress was far more than Earnhardt's car owner. The two were hunting and fishing buddies, business associates and close friends.

"He would call me at night at home, even when he was building his race teams and say, ‘I know you’re having that glass of wine. Let’s talk a while,’" Childress said. "I miss those moments and so many things. It’s been tough and not only tough on me and the family, and I think on the race fans.

Earnhardt was the lynchpin of RCR, the team he joined in 1984 and where he won six of his record-tying seven Cup titles. He won the 1998 Daytona 500 and singlehandedly shaped RCR into one of NASCAR's elite teams.

After his death, the team began a slow fade.

RCR hasn't won a Cup title since Earnhardt's seventh in 1994, and the success of its two-car team has been limited to Childress' grandson, Austin Dillion, who has three one-win seasons in the last four years. RCR on Sunday will field cars for Dillon and Tyler Reddick.

Newman, who once drove for RCR, is the ultimate testament to NASCAR’s changes. He missed just three events following his accident (partly because of the pandemic hiatus) and is back for his 20th full season.

He realizes Earnhardt's death saved his life. But he prefers to remember his childhood idol by what he accomplished in life.

"I knew him as the guy that drove the black 3 car, and if he didn’t win it outright, he’d knock somebody out of the way to get it done and stood in victory lane and smiled about it," Newman said. "Unfortunately, because of the way the book ended for him, there’s a different version of that legacy.

"I feel fortunate that my book, or at least that chapter, didn’t end that way for me," he said. "And we did learn a lot from what happened to him. We collectively have kept so many drivers alive since then because of the adjustments that have been made in the safety of our sport."