Natural hair should be embraced, even by law

ORLANDO, Fla. - The way you wear your hair is a form of expression, but some natural hair textures or protective styles can lead to workplace bias, discrimination, or punishment for people of color.

Hair has roots in culture and identity for many Black Americans.

"I do wear my hair natural. Most of the time I wear it out in a 'fro, or I wear it curly. It’s an expression of myself," said Lamica Wilkins, stylist and owner of Mica Braids in Tampa.

Wilkins works with natural hair and she loves to transform curly, coiled, and kinky hair textures into braids.

"You want to be able to feel comfortable enough to wear your hair because it’s considered beautiful in our community," said Wilkins. 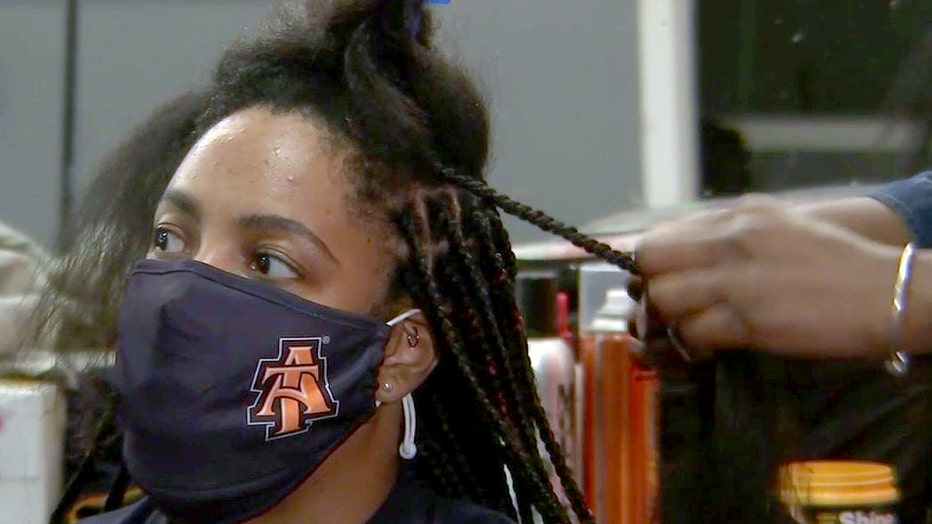 "To actually embrace your natural hair is a very liberating thing even if it is protective styles. I mainly do braids and sew-ins," said Arshauna Smith, a stylist at Salon Spice in Tampa.

"It was once known to be, or perceived as, wild or untamed and specifically the Black community would go ahead and perm, relax their hair to make it straighter just to feel more welcomed," said Smith.

Hair discrimination still exists in today’s society. In the last five years, a referee forced a wrestler to cut his locks at a New Jersey match, and children in different states were sent home from school for wearing protective hairstyles, including a little boy in Florida. 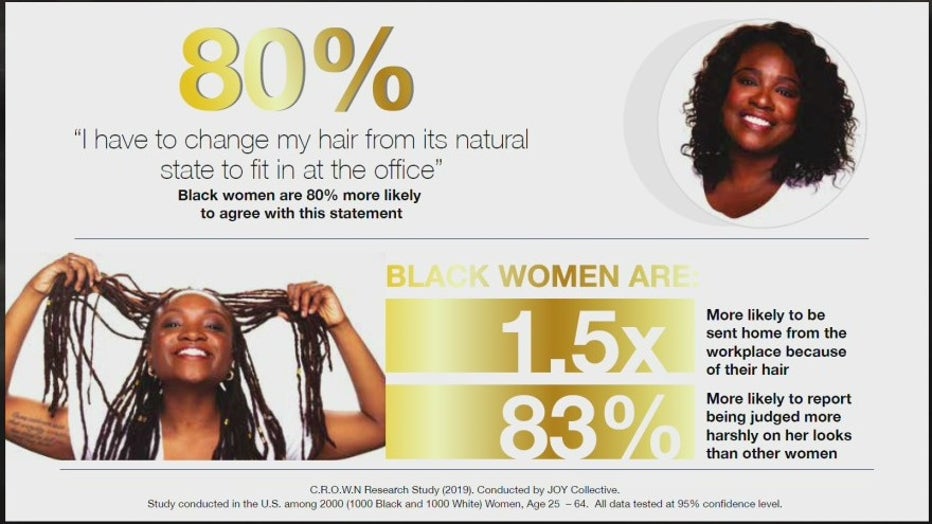 Discriminatory incidents happen in the office, too. In 2019, Dove conducted a research study on workplace bias.

"A lot of my clients are considered professional women and they’re in that office setting, and they don’t feel comfortable with their hair not being neat and tidy the way that people feel is considered beautiful or acceptable for the workplace," said Wilkins.

A Florida lawmaker is working to put an end to that with legislation that’s already gained traction in other states.

The CROWN Act, or Creating a Respectful and Open World for Natural Hair Act, would protect workers against hair discrimination in the workplace and schools. The bill has passed in seven states so far, and State Representative Kamia Brown (D-Orange County) wants to add Florida to the list. She has introduced HB 179 to the Florida Legislature this year.

"If we look at what folks deem as professionalism, as of the dying of the hair or it being straight for African Americans and other people of color, it’s not a healthier option," said Brown.

"It’s considered beautiful in our community."

Rep. Brown, who represents District 45, said she tried to get the bill on the floor in last year’s legislative session in Tallahassee, but it didn’t go far.

"Certain workplaces again not really looking at this bill as one they would like to see done," said Brown. "I know with House leadership changing, I think it’s a great opportunity currently to do so."

This time, the bill comes after a summer of racial reckoning and vows by companies and institutions to do better. But that requires action, so Brown has hope.

"You have the opportunities where many companies are coming out to want to be more culturally sensitive or diverse, and I think part of that leads to hair care and hairstyles," said Brown.

"I have a daughter and there are other people who have children as well. I don’t want them to think that we can’t be beautiful with the hair that grows specifically for us out of our heads," said Wilkins.

If the bill passes in Florida, some feel it offers some protection.

"I actually feel like that would build confidence in the workplace too as far as how you come in. If I do come in with my coils or my afro, I’ll feel comfortable knowing that there’s something I can lean on," said Smith. "To the people who are uneducated on that topic, just to think about it. Educate yourself more as to why these laws even have to be passed."

No matter what happens with the bill, there’s a message in the discussion about natural hair and how it’s perceived.

"I just want to shed the light that you can be professional. You can have certain [skills], and your hair doesn’t affect who you are," said Wilkins.

Florida HB 179 is up for discussion in several committee hearings this week.