Copycats Media has bought 65,000 square feet of space in a warehouse in Osseo with the intention of creating Minnesota's first vinyl record plant.

PLYMOUTH, Minn. (FOX 9) - The music soothingly welcoming customers into Mill City Records in Hopkins is spinning away on a Technics turntable at the front counter. On this day, the needle has dropped on vinyl album by

Berlin happily taking anyone within earshot on a nostalgia-filled journey back to the 1980’s.

"I found the sound quality is just unmatchable," Kurt Weissenburger who was searching the stacks for some new vinyl to take home, told FOX 9. "The audio quality is so great and just being able to kind of experience that in a different way has been a really cool thing for me."

That user experience has not gone unnoticed by the very Plymouth-based company that produces and packages compact disks.

Copycats is one of the largest compact disk producers in America. They’ve made CD’s for artists from Adelle to Dolly, and books on tape from Barak Obama to Harry Potter.

But increasingly, fans of local independent artists want a new, if not old groove.

"Consumers want records, they want to collect records," Kristal said. "So to give that art form from the artist onto this format for the fans, it’s a big part."

Vinyl record sales have jumped from the turntable Research by MRC data shows vinyl album volume has increased 50%, with vinyl sales outpacing CDs for the first time since MRC started collecting this data in 1991. 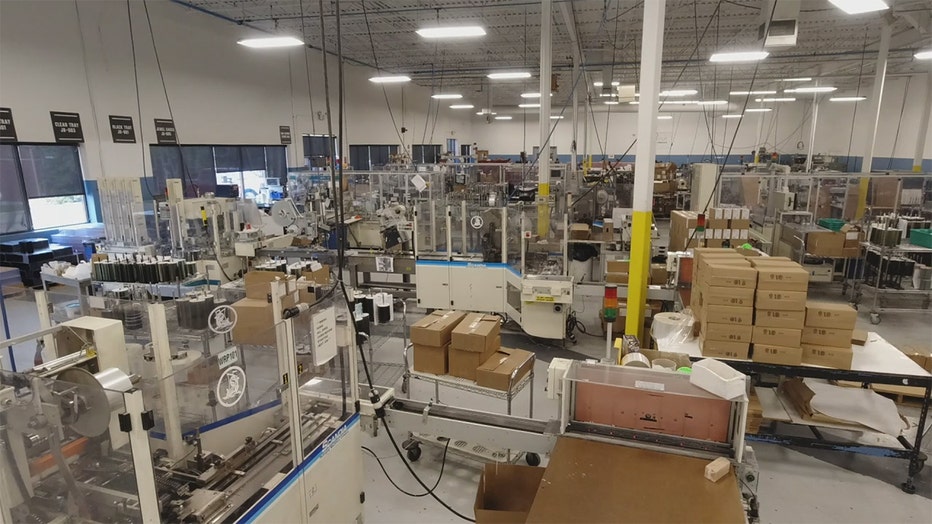 It’s all part of the reason why Copycats has bought 65,000 square feet of space in a warehouse in Osseo.

"We’re going to be making vinyl records in this space," said Greg Schoener, the vice president of technology for Copycats’ parent company ADS.

Schoener has already ordered five vinyl presses from a Swedish company that are set to arrive this summer. To get ready, contractors are installing an industrial boiler and steam pipes to provide the heat to the presses to melt the vinyl into records.

"So with the five presses, we’ll be able to make about 10,000 records a day," Schoener said. "Our target has always been the independent artists – that’s kind of who got us to this point."

Schoener explains that the process itself is not new. The basic album making technology goes back to the 1940s and 50s.

"Yes, we’re kind of going a little bit backwards, if you will, a little more archaic process and manufacturing wise, but it’s super exciting," he said.

Back at the Copycats main facility in Plymouth, Bruce Corbesia is already perfecting the fine art of making the plates. In a nickel-plating bath he makes what’s called the mother copy that he will use to make the stamping plate for the presses. It’s a labor intensive process that involves the use of high tech Blu-ray disk making machines that Corbesia and Schoener have modified to make vinyl album plates. 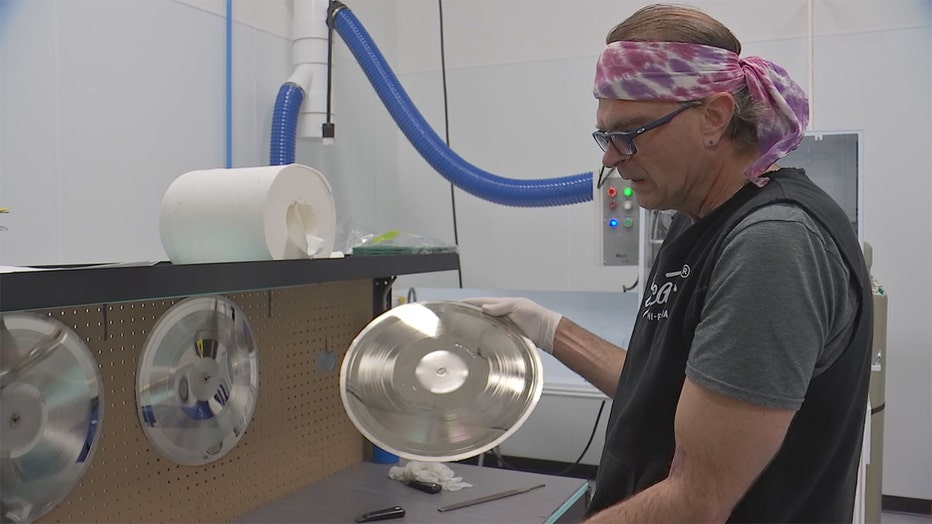 Each record will be hand-pressed by onsite staff.

But for all the technology involved, it’s also an art form that Corbesia has honed as the shiny nickel disk comes out of the forming machine.

"This is the stamper ready for the press," Corbesia explained.

Copycats has been strategically planning to expand into vinyl production for seven years.

Finally, they feel the timing and the market is right.

"It’s a risk," Schoener said. "But we feel the very confident that we’re going to be very successful in this."