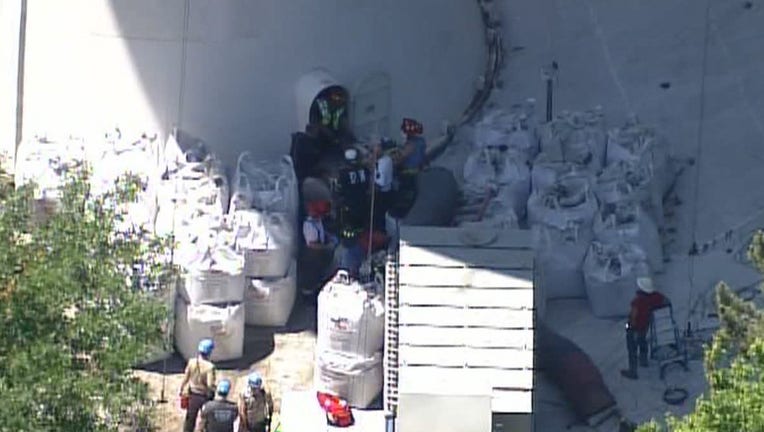 Emergency crews are responding to an incident at a water tower in Minnetonka, Minnesota. (FOX 9)

Friday at 12:26 p.m., firefighters responded to a report of an injured worker inside the tower. Firefighters and Edina's Technical Rescue Team were able to free the man from his harness and attempted to revive him. Despite efforts lasting more than 30 minutes, the man passed away from his injuries.

Preliminary investigation suggests this was an accidental death, according to the fire department. The Hennepin County Medical Examiner labeled the incident an "accident" in its report Sunday evening.

The Minnetonka Police Department is investigating the case.