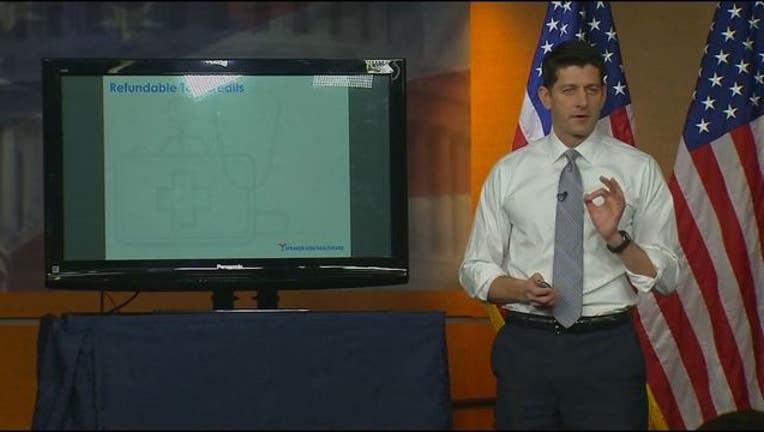 Monday's estimate by the Congressional Budget Office says there would be 24 million more people uninsured by 2026 than under current law.

The projections give fuel to opponents who warn the measure would toss millions of voters off insurance plans. Criticism has come from Democrats, Republicans from states that benefit from Obama's law and many corners of the health-care industry.

Republican leaders have said their aim is to lower costs. They say coverage statistics are misleading because many people covered under Obama's law have high out-of-pocket costs that make health care unaffordable.