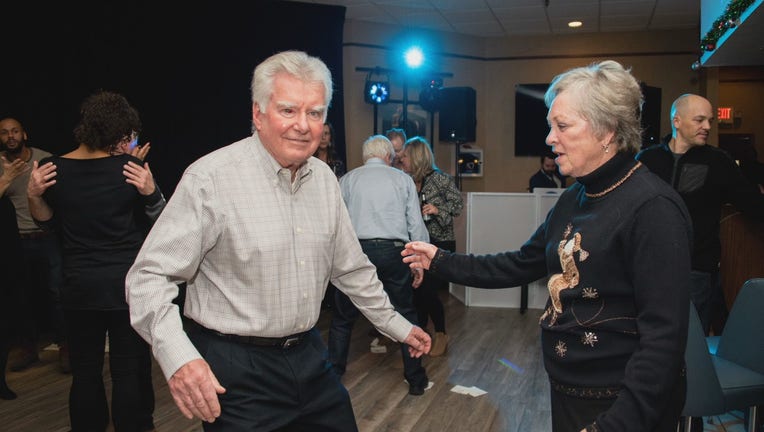 This Hopkins VFW holiday party features both veterans and employees of the company while also raising money for veterans issues.

HOPKINS, Minn. (FOX 9) - On a Saturday night at the VFW in Hopkins, there’s a down to earth holiday party for a salt-of-the-earth crowd of veterans.

Recently FOX 9 heard about local business owner who’s trying to reinvent the company party by turning it into something unexpected.

This veteran family has been celebrating the holidays together like this for the last five years. It’s grown and evolved as word about the party and the story behind it has spread.

Pat Halliday is a veteran who told us what he knows about the woman behind the party, “Really tied into the vet I understand and has donated quite a bit of her time and her treasure. And I'd like to meet her and say ‘hi’ and ‘thank you’ and just be here."

Everyone who is invited to the party knows who is throwing it. However, FOX 9 agreed not to give her name. She is a local doctor who wanted to turn a typical company party into something more meaningful so she chose this VFW and these veterans to say thank you.

Brad Bauer is one of the doctor’s friends. He flew in from London to be here. "There is no separate party. This is it. And you can see if you look around the room there are more veterans than there are employees."

One of the nurses from the clinic, who wanted to remain anonymous, adds, "This is a woman who loves people. She lives her life very altruistically."

Veterans and the military are close to the doctor’s heart. Her own father, Henry, proudly served in Korea. She lost him last Christmas, so this is her way of continuing his legacy of service. A gesture veteran Martin Adams deeply appreciates. "It's a different feeling to actually be on the receiving end of people that are basically saying thank you for what you've done for our country. And it means the world."

This year the clinic’s employees were tasked with finding the entertainment for the night. And they did not disappoint. It was a night of laughter and camaraderie. A unique, generous gesture from someone who is grateful for those who have given so much. Danielle Barber was there after her husband just deployed to Kuwait, "My heart swells. It's just, she's amazing."

Veteran Tommy Johnson adds, "We work hard every day to help veterans and then you have doc coming in and doing something like this for us. You got to love it.. Thank you, doc. Thank you."

And the giving didn’t stop at the party. The veterans collected tips and other donations from the party and then paid it forward to veterans’ organizations. Over the weekend, dozens of veterans from the post in Hopkins presented the donations to “Every Third Saturday” which is an organization that helps veterans find purpose after military service.