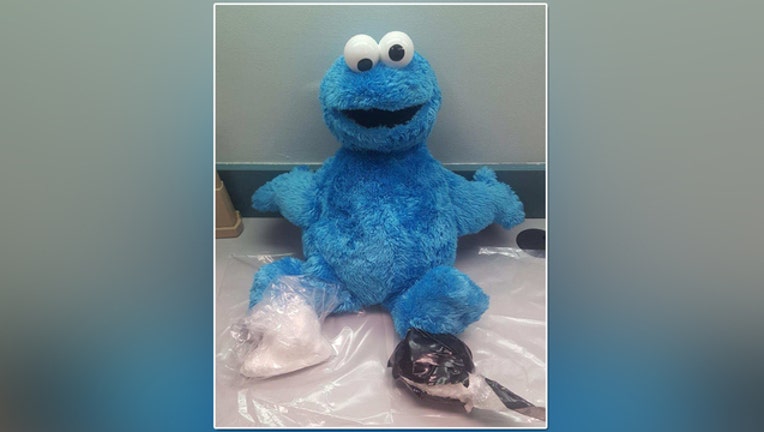 KEY WEST, Fla. - A 29-year-old man was arrested in Key West after deputies found a large amount of cocaine hidden in a Cookie Monster doll in his car.

The man was pulled over just after midnight Wednesday after a deputy spotted him driving down the street in a car with dark tinted windows and the license plate obscured.

When the suspect, identified as Camus McNair, rolled down his window, the deputy smelled marijuana in the car.

A search of the car turned up a backpack with with a blue "Cookie Monster" doll with two packages of cocaine inside of it, totaling 314 grams.

He was arrested and charged with trafficking cocaine.