Coast Guard offloads over 12,000 pounds of cocaine in Florida

The U.S. Coast Guard offloaded over 12,000 pounds of seized cocaine in Miami Beach.

The drugs were interdicted in international waters over the past three months in operations off the coasts of Mexico, Central and South America, and in the eastern Pacific Ocean, according to the Coast Guard.

"These operations enable us to extend our maritime borders, weaken the economic engine of Transnational Criminal Organizations, contribute to enhancing stability and security across our partner nations within Central America, and they combat the drug epidemic within our local communities," said Cmdr. John Christensen, commanding officer of the cutter Seneca.

The drugs are estimated to be worth over $190 million, a Coast Guard representative told WSVN. 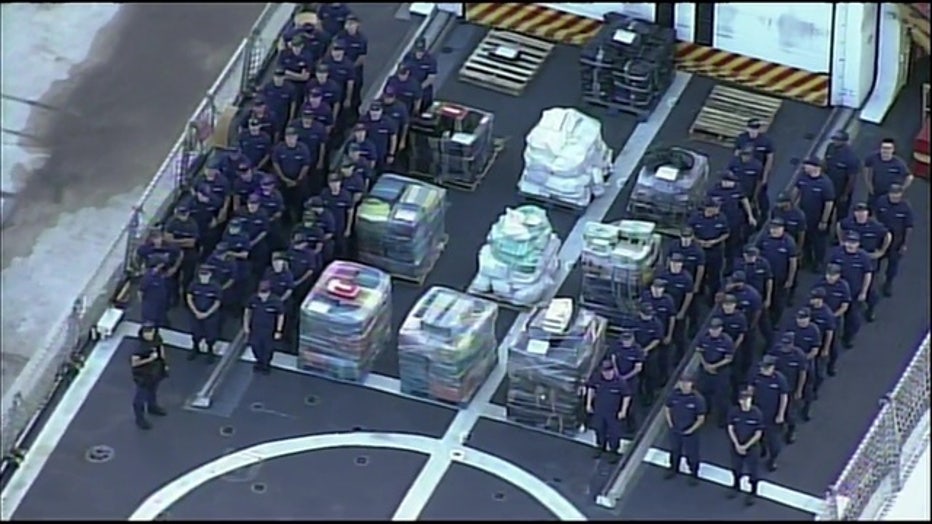