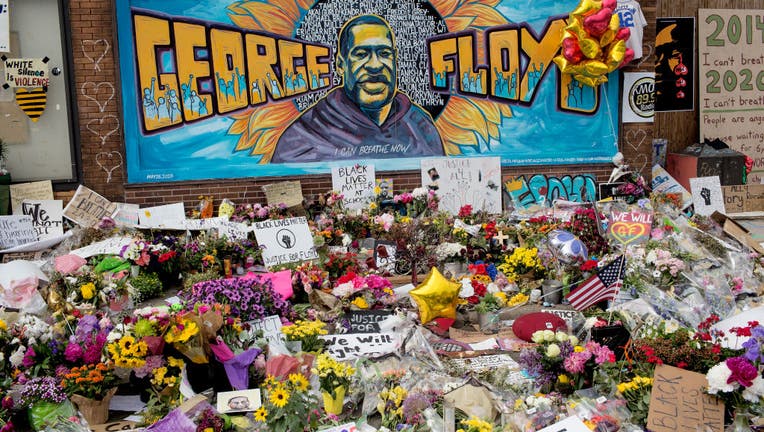 A growing memorial site at the spot where George Floyd was killed by a police officer has become a gathering spot for the Minneapolis community protesting police brutality on June 4, 2020 in Minneapolis, Minnesota. (Photo by Andrew Lichtenstein/Corbi

MINNEAPOLIS (FOX 9) - The City of Minneapolis is delaying a planned reopening of 38th Street at the site of the George Floyd memorial.

The intersection at 38th and Chicago Avenue has been closed since May after Floyd's death, as the site turned into a makeshift memorial in Floyd's honor.

Last weekend, city officials said they planned to begin a phased reopening of the street starting next week. However, in a message on Friday, the city said it would put plans on hold to allow for more discussions with community leaders.

The city says Mayor Frey and councilmembers have also met with a group that put together a list of demands for the city before reopening the street. They are planning a second meeting next week.