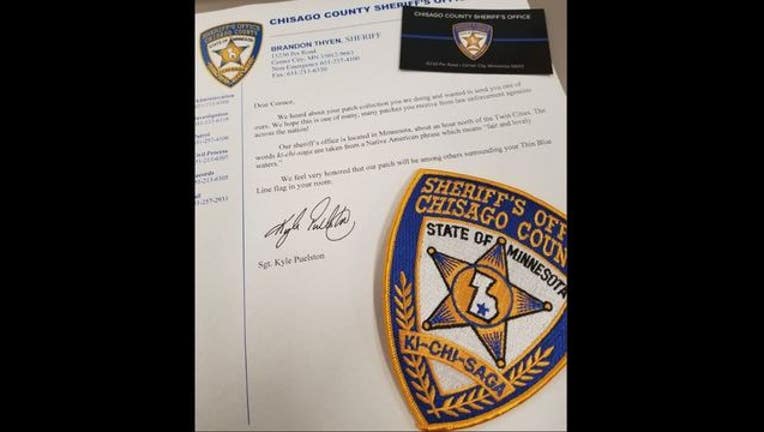 The five-year-old boy’s name is Connor and his father, Wyandotte Sheriff’s Deputy Patrick Roher, was killed along with another deputy in June during an inmate transport.

Connor now hopes to decorate a Thin Blue Line flag with the patches in his father's honor.

On Friday, the Chisago County Sheriff’s Office posted a picture of their patch and a letter accompanying it. The plan is to send the package to Connor.

“We heard about your patch collection you are doing and wanted to send you one of ours,” says the letter from Sgt. Kyle Puelston. “We hope this is one of many, many patches you receive from law enforcement agencies across the nation!”

The letter included a brief description of where Chisago County is and how to pronounce its name.

“We feel very honored that our patch will be among others surrounding your Thin Blue Line flag in your room,” Puelston wrote.

The Wyandotte County Sheriff’s Department is the organizing agency collecting the patches for Connor’s flag.

The Wyandotte County Sheriff’s Office posted a video on Facebook this week asking other law enforcement, fire, emergency medical and correctional departments to send their patches, too.