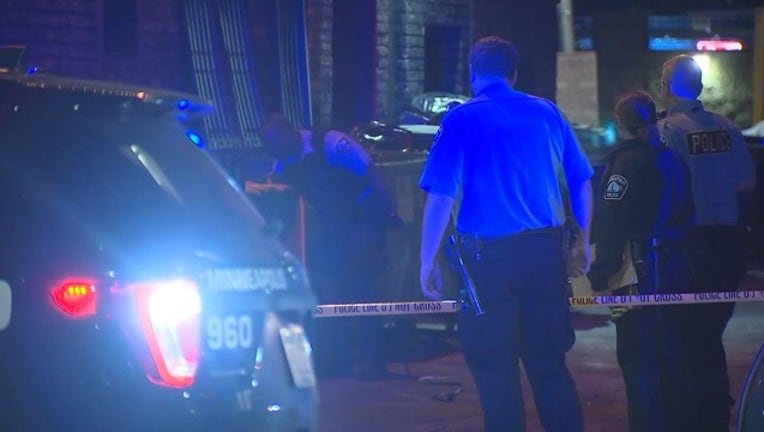 One is dead and one was left paralyzed after a shooting in downtown Minneapolis early Monday morning.

MINNEAPOLIS (FOX 9) - A man is charged in the shooting in downtown Minneapolis near Augie's Bourbon Street Cabaret that killed one man and permanently paralyzed another.

James David Wren, 35, of Minneapolis is charged with second-degree murder, second-degree attempted murder as well as possession of a gun following a conviction. Wren was convicted of assault in the first-degree in July 2012.

According to the charges, around 2:19 a.m. Monday morning a fight broke out in a parking lot near Augie's. Surveillance video showed Wren leave briefly, return with a handgun and then shoot two men at close range in front of a tow truck.

The tow truck driver witnessed the entire encounter and immediately told a nearby police officer, who chased after and arrested Wren.

Crews took both injured men to the hospital, where one man died from his injuries. The other man suffered a gunshot wound to his back. Medical staff determined the injury will leave him permanently paralyzed, as the bullet severed his spine.

The man who died in the shooting was identified by the Hennepin County Medical Examiner as 40-year-old Michael Clark, of Minneapolis.

Wren is in custody at the Hennepin County Jail.