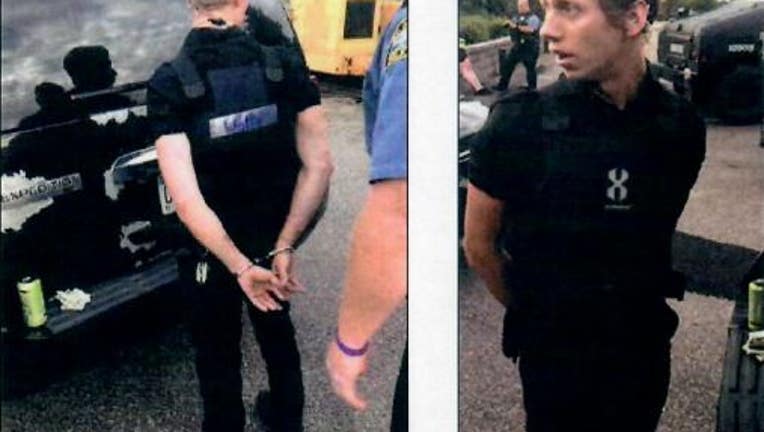 MINNEAPOLIS (FOX 9) - A 23-year-old St. Paul, Minnesota man has been federally charged with aiding and abetting arson at the Minneapolis Police Department's Third Precinct amid the riots.

Branden Michael Wolfe is set to make his first appearance Tuesday at 1 p.m. in U.S. District Court in St. Paul.

According to the complaint, on May 28 rioters overtook the Third Precinct and damaged the building through vandalism and fires. The unrest came in response to the death of George Floyd in Minneapolis police custody.

On June 3, St. Paul police officers responded to the Menards on University Avenue where a man, later identified as Wolfe, was trying to get into the store. Wolfe was wearing body armor, a law enforcement duty belt and carrying a baton. Wolfe had worked at the store as a security guard, but had been fired earlier that day after he talked about social media posts about stealing items from the Third Precinct, according to store employees. St. Paul police pulled over a vehicle, which Wolfe was the passenger in, a few blocks away from the Menards. Wolfe was still wearing the body armor, on which he had labeled his name with duct tape. He was also wearing a police-issue duty belt with handcuffs, an earphone piece, baton and knife. The officers arrested Wolfe. 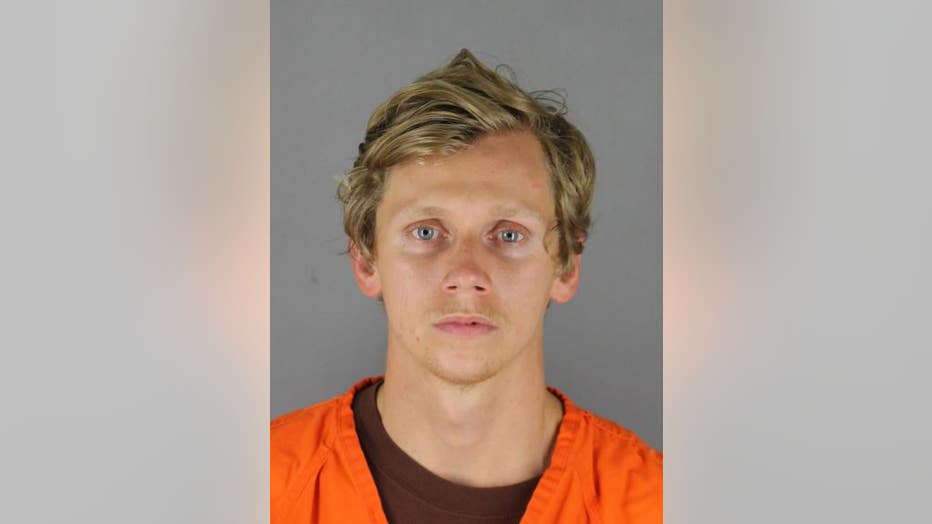 Branden Michael Wolfe has been charged with aiding and abetting arson in connection to the Third Precinct fire. (Hennepin County Jail)

During a police interview, Wolfe admitted that he had gone inside the Third Precinct building the night it burned, stole items and pushed a wooden barrel into a fire. Investigators were later able to find the remnants of the burned barrel. Wolfe also identified himself in various photos taken by media and bystanders, which showed him shirtless and carrying a police baton.

The ATF and FBI encourage anyone with information connected to teh Third Precinct fire or other business fires in the Twin Cities to call 1-888-ATF-TIPS (1-888-283-8477), email ATFTips@atf.gov or submit information anonymously via ReportIt.com. People can also submit images or video at FBI.gov/violence.