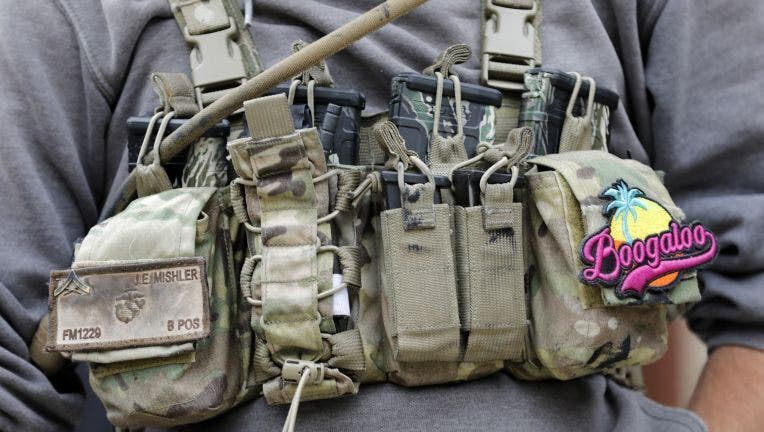 MINNEAPOLIS (FOX 9) - A 27-year-old extremist from St. Cloud, Minnesota was charged with illegal possession of a machine gun in federal court Wednesday.

According to the U.S. Attorney’s Office, Michael Paul Dahlager is a self-described member of the "Boogaloo Bois", which is a violent, anti-government extremist group that professes an impending civil war in the U.S.

He was charged Wednesday after an investigation that showed he was discussing his willingness to kill law enforcement with an informant and had possessed a "drop-in auto sear" which converts semi-automatic weapons into automatic ones.

According to the federal charges, Dahlager showed the informant his collection of armor and weapons, including the illegal automatic weapon. He also told the informant his home has port holes so he can make a stand if confronted by law enforcement.

The charges also say Dahlager traveled to St. Paul for a "Stop the Steal" rally in December where he scouted law enforcement numbers, positions and tactics for the Boogaloo Bois. He made a video of his observations, which he later reviewed with the informant.