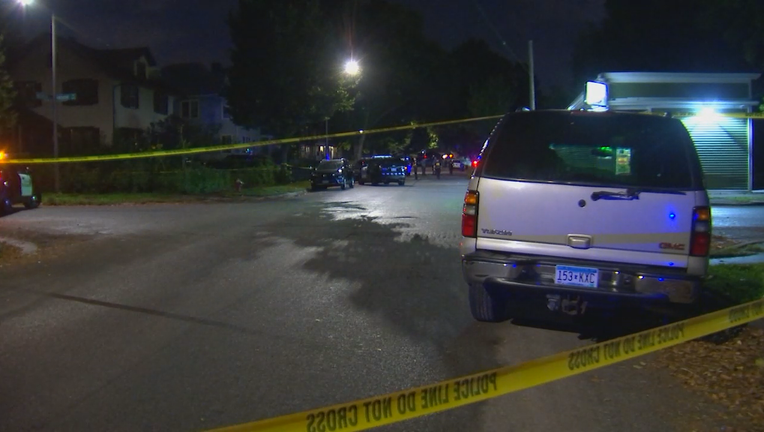 St. Paul police investigated a fatal shooting near the intersection of Fremont and Mendota in St. Paul. (FOX 9 Minneapolis-St. Paul)

MINNEAPOLIS (FOX 9) - A 38-year-old Minneapolis man has been charged with second-degree murder after an argument about a drug deal ended in a deadly shooting, according to the criminal complaint.

Contreal Bush, also known as "Fatty" or "Fatboy," faces up to 40 years in prison, according to the charges.

Terry Edwards, 36, of St. Paul died in the shooting, according to St. Paul police. The fatal shooting marked the 21st homicide this year and the seventh just this month.

According to the charges,Tuesday night, St. Paul police responded to a report of shots fired near E Fremont Avenue and N Mendota Street. When responders arrived, they found Edwards suffering from multiple gunshot wounds. Despite efforts to revive him, he passed away at the scene.

According to the complaint, family members told police Edwards had gone to the area to buy narcotics. He left, but then returned because he was unhappy with his purchase. An argument broke out between Edwards and a few others.

In a police interview, Bush told police he didn't know anything about the shooting and then asked for a lawyer. Bush has a history of arrests and convictions in Illinois and Minnesota for drugs, assault, robbery and firearms.

A judge set bail for Bush at $1 million, according to online court records. Bush is scheduled for his first appearance in court Friday morning.