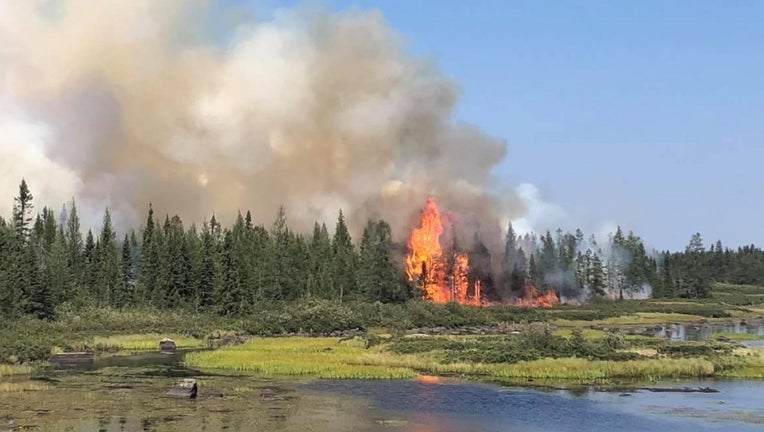 Fire rips through a line of trees in the Superior National Forest. (USDA Forest Service / Supplied)

(FOX 9) - The U.S. Forest Service announced the closures from the John Ek and Whelp fires have been lifted, and now all of the Boundary Waters Canoe Area Wilderness is open again.

Officials said lightning strikes ignited both fires, which grew significantly over the weekend of Aug. 15.

In September, the forest received three to six inches of rain which has helped mitigate fire activity and limited the potential for heat to spread.

The Greenwood Fire perimeter area closure is now the only remaining fire-related closure on the forest. The Greenwood fire, which was also started by lightning, was first detected on Aug. 15 about 10 miles southwest of Isabella. It burned thousands of acres and destroyed 14 homes and cabins and 57 outbuildings.