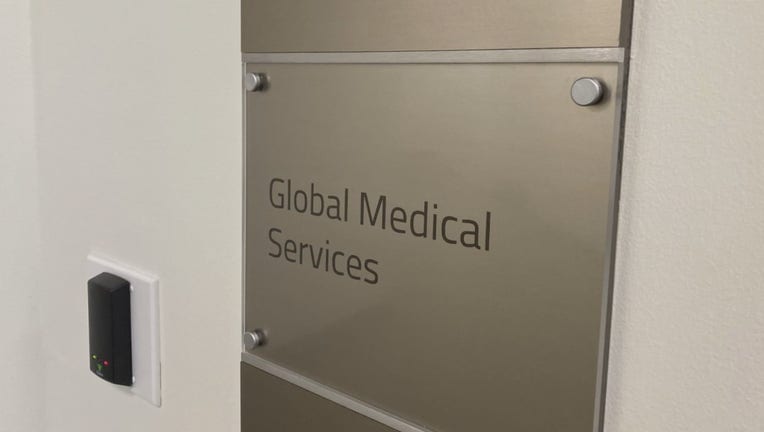 (FOX 9) - If you went only by the pictures promoting her business ventures, Kim Singh looked like a woman on top of her game.

Business that does not exist gets PPP loan

“She seemed super put together,” said a former employee, who was hired as an analyst in August of 2019.

In reality, according to former employees and court affidavits, the company was falling apart:  Foreign embassies had refused to pay invoices, GMS employees hadn’t been paid in months, and the company was embroiled in multi-million-dollar lawsuits from investors and business partners.

Kim Singh had promised her employees that a new chief financial officer, Sam McQuade, would straighten things out with payroll.

The FOX 9 Investigators learned McQuade was convicted of felony theft in North Dakota in 2019, for financial fraud involving his condo association.

By November 2019, most of the 26 GMS employees had been let go, and the company was evicted from its downtown Minneapolis office. “When I left there wasn’t anything to salvage,” said the former employee.

But 2020 brought a global pandemic, which offered a financial lifeline to the destitute company.

In May of 2020, Kim Singh applied for a loan under the Paycheck Protection Program (PPP), and received $296,800.  Taxpayer money that is forgivable if it is used for payroll or rent.

According to documents from the Small Business Administration (SBA), which administers PPP, in its application Global Medical Services claimed to have 40 employees.

Amy Gaston, a spokesperson for GMS, said the company had intended to rehire employees let go in November 2019.

A spokesperson for the SBA said it doesn't comment on individual borrowers.

But the SBA spokesperson said in the forgiveness application borrowers must acknowledge the funds were used appropriately.  If not, the SBA said it will pursue recovery of the loan, and possible civil or criminal fraud charges.

The former employee said she was “pretty shocked” to discover her co-workers were not getting paid.  “And I guess that was nothing,” she said.

After the employee complained, Kim Singh called her in September 2019 to explain that the company was in a financial bind because foreign embassies were not paying their invoices.

The employee recorded her phone call with Singh.

“The embassies were supposed to send us $2 million dollars before Eid, and they did not,” Singh said on the call.

When the former employee explains that workers were angry because they weren’t getting paid, Singh is unsympathetic.

It is not the first time Singh had failed to pay her employees.

According to the Minnesota Department of Labor and Industry, Singh failed to pay 35 employees of two previous companies she ran:  Premier Diagnostic Imaging and Minnesota Medical Imaging.  She was fined $20,000.

Singh called her last September to say GMS was looking for a new travel agency and booked a luxurious business trip to Hong Kong costing $29,000.

Petricka hasn’t seen a dime, as she has tried to keep her own small business afloat.

“Honestly, right about now that $29,000 is a matter of me being open another few months,” said Petricka. “I’m certain I’m not the only person she has kind of screwed over, and there’s got to be a long list of people in front of me and behind me that this is happening to,” she said.

The Florida based finance company purchased GMS invoices for $4.3 million for a fixed return and a share of any remaining profits.

But MD Capital hasn’t been paid, either.  The company claims Singh has offered a litany of improbable excuses.

When Singh was questioned about whether the Minnesota hospitals were getting their money, she came up with a letter from M Health Fairview’s former chief financial officer  acknowledging “receipt of payment from Global Medical Services of $1.2 million.”

A spokesperson for M Health Fairview tells the Fox 9 Investigators the letter is a forgery. A spokesperson wouldn’t say whether the hospital was paid.

Undaunted by the lawsuits, Singh saw a new business opportunity with the pandemic:  Selling portable ICU units to the State of Minnesota.

She called on Minnesota Attorney General Keith Ellison to cut through the red tape.

Singh had contributed $2,500 to his campaign.

An Attorney General spokesperson said Ellison was caring for a dying relative so he asked his chief of staff, Donna Cassutt, to assist Singh with her request.

The FOX 9 Investigators made a public records request and obtained text messages between Singh and Cassutt.

Singh will text: “Thank you very much… you and Keith have been wonderful through this process.”

Cassutt writes that she forwarded Singh’s proposal to the Governor’s office to see “if there is someone there that could take a look” at her proposal.  “Will keep you posted,” texts Cassutt.

Singh responds: “Wow! You know how to rock and roll! Get things done. Thanks!”

Singh checks in a two more occasions to see if the proposal has garnered traction.

Cassutt replies: “Hi, Kim, like Keith, I’m unable to advocate for state contracts.  I was able to share your proposal and offer to facilitate a connection.”

In later texts, Singh said she had another issue she wanted to approach the Attorney General about.  Cassutt appears to move the conversation to her campaign email.

An Attorney General spokesperson tells the FOX 9 Investigators, they had become wary of Singh.

“Ms. Cassutt was increasingly uncomfortable with Ms. Singh’s persistent entreaties,” the spokesperson said in a written statement.  “She was afraid there might be another inappropriate request for help and if so, did not want to receive or address it over state email..”

The spokesperson said there was no further communication between Singh, Cassutt, or Ellison.

But while Kim Singh got ‘rock star’ treatment, a former employee of GMS who complained to the Attorney General, was left sitting in the lobby.

“I sat in Keith’s office for a while and told them this is what’s been happening, this is crazy,” said the former employee.  She never heard back.

Petricka, who owns the travel agency in Eau Claire, said what is most distressing is that GMS is getting a taxpayer bailout, while so many small businesses are struggling.

“A small business like mine is struggling, and she’s out there gaining money for a company that doesn’t even exist,” said Petricka. “I think that’s a bunch of garbage.”