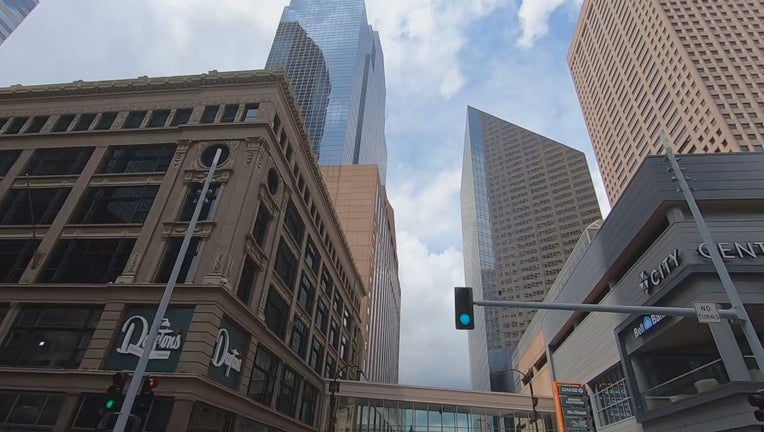 A Minneapolis group is making a push to get more people back into downtown. (FOX 9)

MINNEAPOLIS (FOX 9) - A push to get more people to return to downtown Minneapolis is growing stronger between stakeholders within the city.

The new 6-1-2 campaign aims at bringing together business owners and advocates, all working to attract people to once again spend time and money in the heart of the city.

Group pushes campaign to get people to return to downtown Minneapolis

A push to get more people to return to downtown Minneapolis is growing stronger between stakeholders within the city.

"We all have to be ambassadors for downtown Minneapolis, we all have to own where we are," explained Twins president Dave St. Peter.

St. Peter and chef David Fhima, along with leaders from Meet Minneapolis and the Downtown Council, gathered for a discussion Friday to talk about ways to entice people to once again return to downtown Minneapolis this summer.

The panel points out that, currently, about 300 restaurants and retail locations are open between the street and the skyway level, and overall workforce occupancy at about 80 percent.

"It’s all part of a larger ecosystem that we are able to attract downtown workers back downtown," said Meet Minneapolis CEO Melvin Tennant. "Even on a modified or hybrid schedule."

The group highlights a number of summer events that are returning, including Thursday farmer’s markets on Nicollet Mall, music in Peavey Plaza, pop-up concerts, and the Stone Arch Bridge Festival, in addition to the growing attendance for all the major sporting events.

Not part of the panel, the owner of the Devil’s Advocate, Erik Forsberg, applauds all of it but still plans to wait until September to reopen for the first time in more than a year. Located on the street level of Target headquarters, he can’t afford to open up until more foot traffic returns in the fall. Plus, even with fewer violent crimes in the downtown core compared to last year, the unknowns surrounding city policing creates more concerns.

"If we get people to trust us to come back downtown, we have to make sure it’s a safe environment for them to come to," he says. "What we don’t want to have is a summer of violence that will alienate people for a much longer period of time."

This was one of several panel discussions scheduled for the new 6-1-2 effort. The next is coming up on June 9.