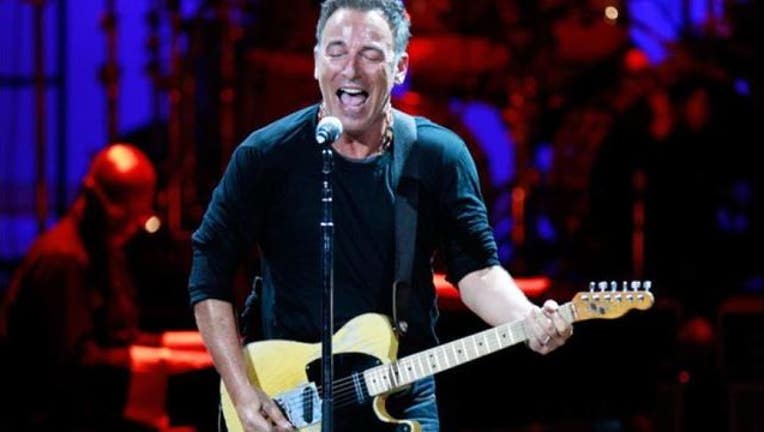 (KMSP) - Forty years ago, a talented young writer from New Jersey released one of America’s best books of poetry. The format of this book was a music album. And the writer was Bruce Springsteen. While the words flex enough muscle of truth, the backing of music adds a level of emotion to the words that is miraculous. In short, the album is about “a runaway American dream.” But it’s so much more.

Let’s just look at the first lines of each song. In THUNDER ROAD, “the screen door slams, Mary’s dress waves. Like a vision she dances across the porch as the radio plays.” The song concludes with the narrator inviting Mary to “climb in” because he’s “pulling out of here to win.” Cue Clarence Clemon’s sax solo. The album begins with optimism.

Then TENTH AVENUE FREEZEOUT begins with “tear drops on the city, Bad Scooter searching for his groove” in a song that is part E Street Band biography, part party, and perhaps a hopeful conclusion for the narrator in Thunder Road.

But then NIGHT pulsates with the opening notes reminiscent of emergency sirens, and the line “you get up every morning at the sound of the bell, you get to work late and the boss man’s giving you hell.” Has the optimism of the Thunder Road narrator crashed head on into reality? Nah, there’s still optimism. Because “you work all day to blow ‘em away in the night.”

Then, the mania of the album shifts, it slows, the extremes gray. And BACKSTREETS brings anxious tension into the world with one of my favorite opening lines, “one soft infested summer me and Terry became friends.” A soft infested summer. I can’t get that imagery, that feeling, out of my head. With three words, Springsteen captures both promise and danger. Freedom and infestation. But of what? Sadly, things do not end well for the narrator betrayed by Terry (who is betrayed by youthful innocence), who goes from “trying to learn to walk like heroes we thought we had to be” to “hiding on the backstreets” alone. This song has a similar theme to my favorite movie, “Stand by Me,” where childhood friendship doesn’t last longer than cold adulthood.

So what is this all about? The next song, BORN TO RUN answers. “In the day we sweat it out on the streets of a runaway American dream, at night we ride through mansions of glory in suicide machines.” Springsteen packs decades of novels into two potent sentences. It is the theme of the album. Disillusionment. Loss of innocence.

The narrator gets one last chance to make it real with the next song, SHE’S THE ONE, as he opens the song, “with her killer graces and her secret places that no boy can fill.” Lies. Soon we hear that “there’s this angel in her eyes that tells such desperate lies and all you want to do is believe her.” To me, this song is a narrator’s last attempt at clinging to a false hope. But false it is. The innocence of youth is dead.

The album quiets. Some piano. And the narrator sings, “hey Eddie, can you lend me a few bucks, and tonight can you get us a ride, gotta make it through the tunnel, got a meeting with a man on the other side.” MEETING ACROSS THE RIVER has the album nearing its close with the narrator at the bottom of desperation.

And then Springsteen’s opera, JUNGLELAND, begins modestly, “the Rangers had a homecoming in Harlem late last night, and the Magic Rat drove his sleek machine over the Jersey state line.” While the previous songs are all Springsteen taking the voice of the various narrators, Jungeland is the poet himself omnisciently summarizing the characters of the album facing the runaway American dream. This song has some of my favorite imagery — from the “barefoot girl sitting on the hood of a Dodge drinking warm beer in the soft summer rain” to the “midnight gang” assembling “‘neath the giant Exxon sign that brings this fair city light.” As Springsteen concludes, “there’s an opera out on the Turnpike, there’s a ballet being fought out in the alley.” The dream may be running away, but Americans keep chasing it. After an epic sax solo, Springsteen whispers, “the poets down here don’t write nothing at all, they just stand back and let it all be.”

Thank you, Bruce, for not just standing back.