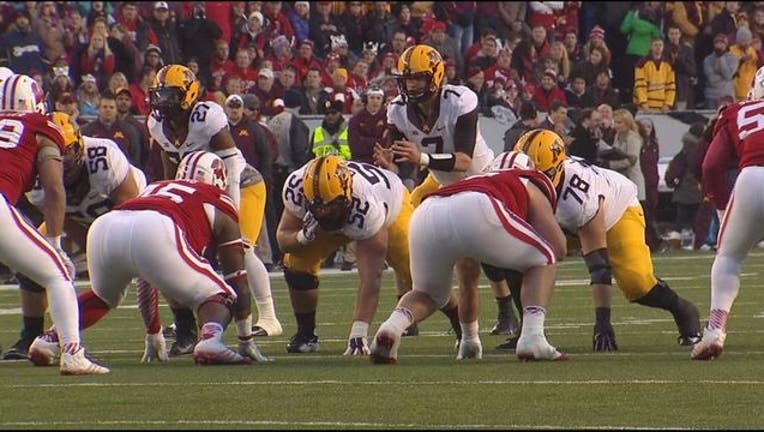 Minneapolis - It all comes down to today, Gopher Nation.

The Minnesota Golden Gophers face the Wisconsin Badgers today at TCF Stadium in the final regular season game for both teams. At stake: border battle bragging rights and possession of Paul Bunyan’s Axe. That’s in addition to a possible bowl bid for the hometown team.

It’s been a season of turmoil for the Gophers, one that started with expectations that the program would take a big step forward after making it to a New Year’s Day bowl last season. However, injuries…missed opportunities, and most critically…the retirement of Coach Jerry Kill for health reasons all resulted in something of a lost season for the Gophers.

Reports say the Coach Kill will be at TCF Stadium for today’s game, which would be the first time he has been on site for a game since his retirement.

With a win today, the Gophers would win their sixth game of the season and be bowl-eligible. The Badgers, who fell out the Top 25 with a last minute loss last week, already are eligible for a bowl.

Game time is 2:30pm at TCF Stadium in Minneapolis.