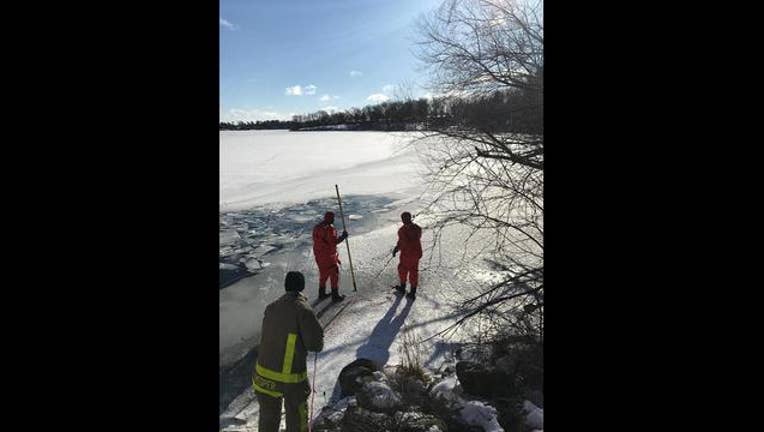 The Barron County Sheriff’s Department began searching lakes and trails near Rice Lake after receiving a report of a missing snowmobiler in the area shortly before 9 a.m. on Saturday.

At approximately 9:48 a.m., a friend who was also out looking for the missing man reported seeing a helmet on the ice near bridge on Stump Lake.

The Rice Lake Fire Department deployed firefighters in cold water suits into the water near the bridge. The divers located a snowmobile in the water.

The Wisconsin Department of Natural Resources used an underwater remote-controlled video submarine to look for the missing man. His body was located and removed from the water at approximately 11:15 a.m.

The deceased snowmobiler was later identified as Todd Kane, 42, of Rice Lake.