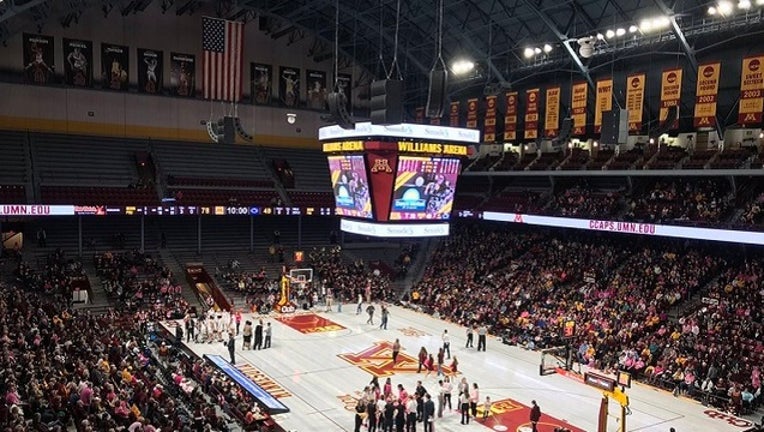 MINNEAPOLIS (FOX 9) - UPDATE: The University of Minnesota corrected its original release Friday afternoon to reflect that the Board of Regents discussed, but did not vote on alcohol sales at Mariucci and Williams Arenas. The board is expected to vote on the topic in June.

A proposal to allow alcohol sales at 3M Arena at Mariucci and Williams Arena was discussed at the University Of Minnesota Board Of Regents Friday.

The discussion came after President Eric Kaler asked the board to consider the proposal last month.

“One is the fan experience that we are competing with - a lot of opportunities for people to compete with sporting events and most of those if you want to have a beer or a glass of wine that you can,” said Kaler in April. “And we feel that that’s appropriate in the Gopher spaces as well.”

Alcohol sales are also about making money, however, as officials estimate sales at the two stadiums could bring in around $250,000 a year.

More colleges and universities are expanding alcohol sales as a way to boost revenues. This was the first year the NCAA allowed alcohol at the Final Four, which was held in Minneapolis.

Along with the added revenue, Kaler also thinks selling alcohol in the stadium could help keep guests safe.

“In fact, the alcohol-related experiences dropped once we started serving inside the stadium, and that’s pretty easy to understand - people don’t get intoxicated beforehand,” said Kaler in April.