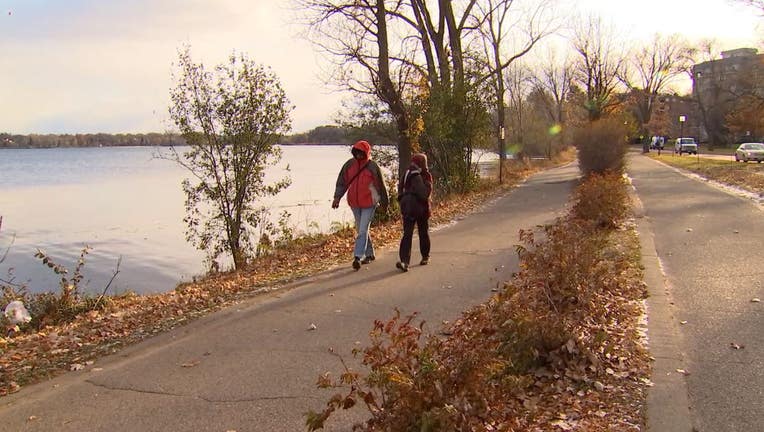 Below average temperatures in November brought quite a chill to Minnesotans. (FOX 9)

MINNEAPOLIS (FOX 9) - Chilly, below average temperatures threw a curveball at some Minnesotans, who were looking to hang onto fall weather a little bit longer. With temperatures in the teens and wind chills falling below zero, it meant some, like the North High School football team, had to adjust their plans.

"We gotta focus on what we didn't do last year when we were at this point," said Charles Adams, North High School football coach.

Some Minnesotans held dreams of warmer climes close as they ventured outdoors Monday.

The team is in the middle of a playoff push for a state championship, but instead of practicing outside on their football field, the Polars are hitting the weights and watching film indoors because of the weather.

"It was just too cold,” said Adams. “This would be a great opportunity for us to have an indoor facility, but as much as I wanted us to be outside. It’s too cold."

Minnesota along with most of the rest of the country is getting a sneak peak of winter. The cold snap didn't stop a handful of people from braving the cold for a walk around Bde Maka Ska, even though many thought the temperatures were for the birds.

"It’s good for me to get out and walk, but it takes a while to get used to it,” said James Talley, a walker by the lake. “It probably wouldn't be so bad if it was the end of January. But in the middle of November, it’s not so good."

"It’s blustery,” said Lawe. “It keeps you on your toes. You don't sweat and it’s not so cold. If you get an area that’s exposed, you are going to freeze." 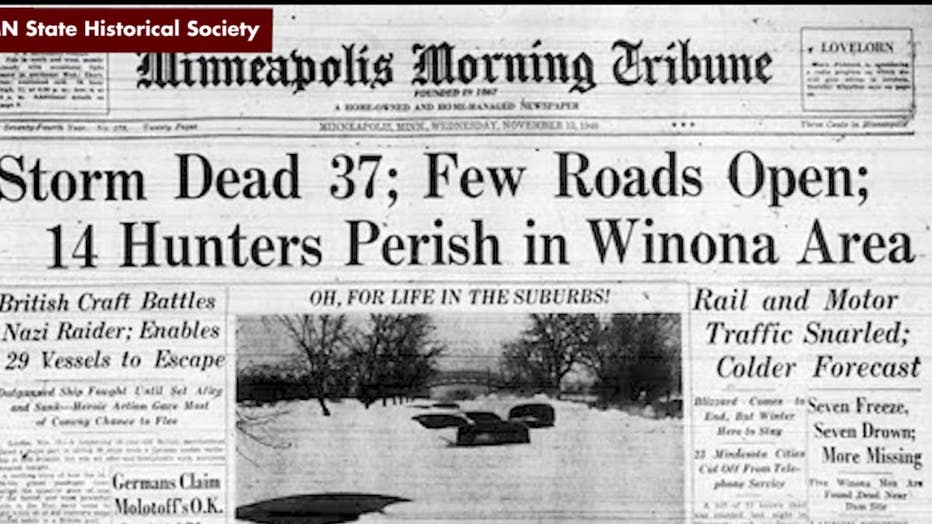 The Armistice Day Blizzard of 1940 dumped up to 27 inches of snow and killed 49 Minnesotans. (MN State Historical Society)

Even though Mother Nature is giving Minnesota the cold shoulder, on this day 79 years ago, the state weathered the mother of all snowstorms. The Armistice Day Blizzard of 1940 dumped up to 27 inches of snow and killed 49 Minnesotans - half of them duck hunters who froze to death after the storm caught the region by surprise.

Nearly eight decades later, many consider it the worst snow storm in state history. In all, 145 people were killed in six states. As a result of that blizzard, the National Weather Service allowed its Minneapolis office to issue local forecasts instead of having them done out of Chicago. 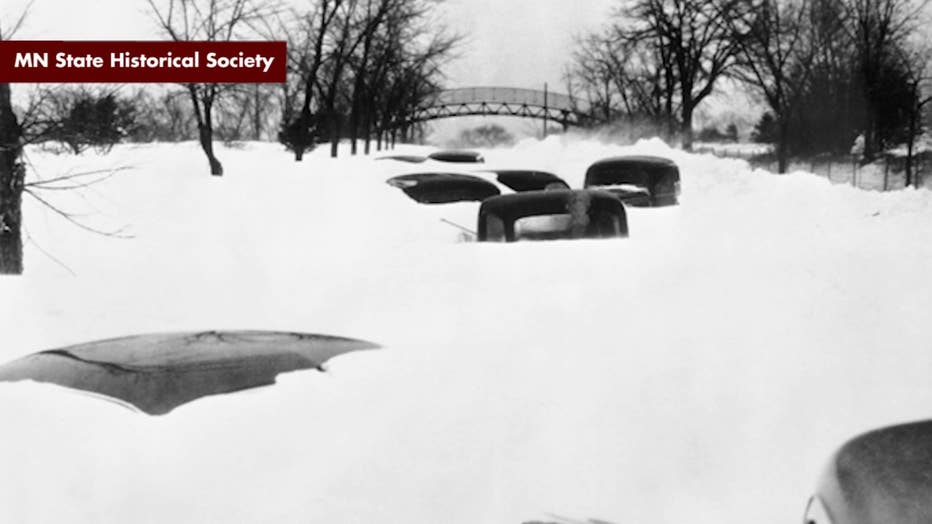