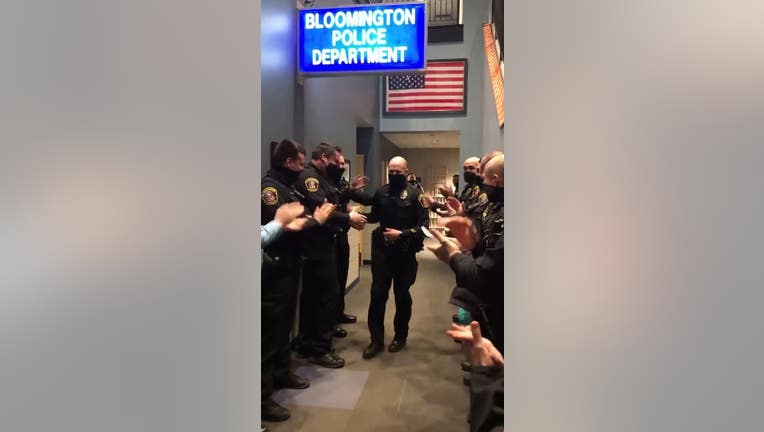 MINNEAPOLIS (FOX 9) - A Bloomington police officer got quite the reception for his first day back after his battle with leukemia.

Officer Matt Ryan's journey with the disease started about 18 months ago, according to the Bloomington Police Department. A bone marrow transplant from his brother proved to be a successful treatment for him.

A video shared by the police department captured the moment when his co-workers surprised him with a celebration. As Ryan turned a corner, he was caught off guard to see his fellow officers lined along in the hallway, breaking out into applause.