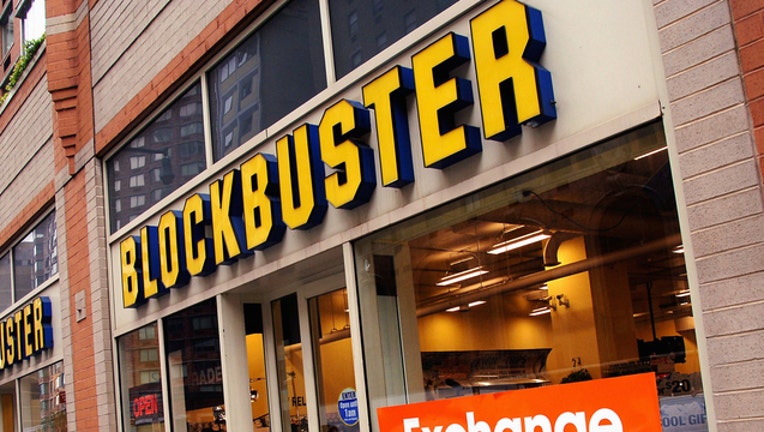 The stores in Anchorage and Fairbanks will close for rentals after Sunday night and reopen Tuesday for video liquidation sales through the end of August, said Kevin Daymude, general manager of Blockbuster Alaska.

"It's going to be crazy," Daymude said of the temporary reopening. He said residents were sad when they heard the news and many people have been reminiscing about their Blockbuster memories.

The news was announced to Alaskans on Blockbuster Alaska's Facebook page.

The closures come just two months after the host of HBO's "Last Week Tonight with John Oliver" sent a jockstrap worn by Russell Crowe in the 2005 movie "Cinderella Man" and other items to the Anchorage store, which displayed it in an effort to ramp up business.

Daymude says the buzz from the Oliver connection brought more people to the store.

"You would not believe how much business we got just from that memorabilia alone," he said. "I can't thank John Oliver or his show enough."

But it wasn't enough to counter a planned lease increase at both Alaska locations.

The jockstrap will probably go to the franchise owner, Alan Payne, who lives outside Austin, Texas.

A request for comment from HBO was not immediately returned.

In its heyday, Blockbuster had 15 stores in Alaska, Daymude said. Some stores in more remote, less populated parts of the state began closing in the early 2000s.

In recent years, Blockbuster stores have vanished in most of the U.S.

But their survival lasted longer in Alaska, with some crediting expensive internet as a factor in keeping many people renting videos rather than streaming.

The closures will leave the Blockbuster in Bend, Oregon, as the sole holdout.

"How exciting," said the Bend store's general manager Sandi Harding. "It might end up being a little chaotic for a couple of weeks."

As for the fate of that store, the future looks good.

"We have no plans on closing anytime soon," Harding said.