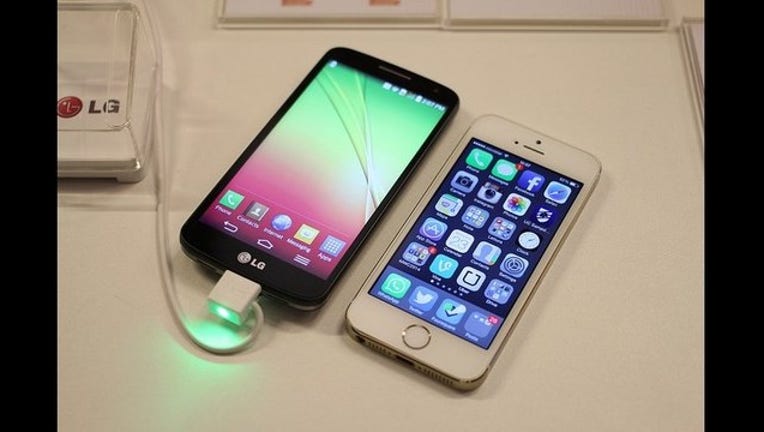 If a bipartisan group of legislators have their way, Minnesotans will vote on an electronic data privacy constitutional amendment in 2016.

The amendment would require law enforcement agencies to get a warrant if they want to look through your emails or other electronic communications. (Read the bill for yourself here.)

By contrast, the current practice, as described to Fox 9 by Chuck Samuelson, executive director of the Minnesota ACLU, allows law enforcement to "take your cell phone, dump all your contents and picture and take all of it, and they can use it to build a case against you."

"But if they had Fourth Amendment protections, you would have the ability in some cases to block the government from downloading your data, and in other cases to ensure that the government does it properly," Samuelson adds.

One of the authors of the Senate version of the bill, Branden Petersen (R-Andover), says the reason he thinks a constitutional amendment is more appropriate in this case than simply passing a law has to do with the distinction between "guiding governing principles" and specific cases.

"Statutory-focused legislation is very specific in dealing with specific instances, and it's not open to interpretation in terms of what it means, whereas constitutional language is much more universal," Petersen says. "In the existing Fourth Amendment, you have the right [to be protected] from unreasonable searches and seizures of your effects in your home, but it doesn't say what 'effects' means in all its iterations. That's not how the constitution is written, and of course we interpret those principles in a whole host of different ways, as we've seen throughout our history."

Petersen argues it's time for the Fourth Amendment to be brought into the digital age.

"If we were all going to start Minnesota today and write the constitution, I think it's pretty clear that electronic data would be included," Petersen says. "And then, of course, all law flows downhill from the constitution, so if you're going to get it right in the first place, you should start with original governing principles and then create laws that are consistent with those principles. We don't start debating statute without a constitutional basis to do so, or at least we ought not do so."

"If the founders were here today, of course electronic data would be protected, because it tells every intimate detail of your life," Petersen adds.

The language of the electronic data privacy constitutional amendment Minnesota lawmakers want to put before voters is very similar to a measure that was approved by 74 percent of Missouri voters in August of last year.

Petersen argues that public support for the measure in Minnesota is similarly strong, noting that at this point in the process he hasn't even heard objections from law enforcement officials.

But one potential roadblock in the Senate Judiciary Chair Ron Latz (D-St. Louis Park). Petersen says Latz's hasn't indicated he's willing to even give the bill a hearing at this point, and if that doesn't change, the bill is likely dead in the Senate. (Latz didn't immediately return a voicemail and email seeking comment.)

But Petersen says he thinks any legislator "doesn't want to be on the wrong side of a 70 to 80 percent public issue."

Of course, what Minnesota's constitution says is one thing, and the federal constitution is another. But the practical impact of state-level amendments like the one Petersen would like to see approved is explained nicely in this excerpt from a Tenth Amendment Center report:

While state action like Minnesota's cannot stop the NSA from collecting information illegally, it can protect people in that state from its practical effect [i.e., its use in criminal proceedings]. Along with barring state agents from engaging in illegal surveillance, it would prohibit state and local law enforcement from accessing warrantless data, even if federal courts ultimately place their seal of approval on mass surveillance. States can legally set a higher bar for privacy protection than the federal standard. This fact alone makes state actions such as [the Minnesota amendment] a powerful and effective tool for protecting basic privacy rights.