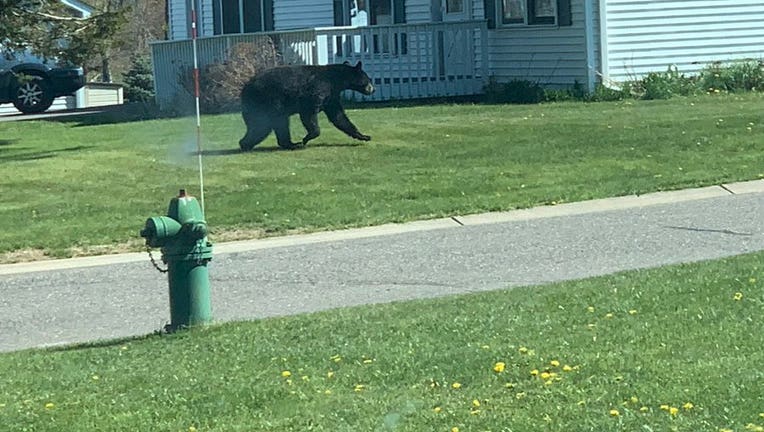 A FOX 9 viewer shared a photo of a bear sighting in Clayton, Wisconsin. (@KrazyKat4488)

CLAYTON, Wis. (FOX 9) - There might be a good reason why the school mascot of Clayton High School in western Wisconsin is a bear.

Monday morning, FOX 9 viewer Jennifer shared a photo of a bear walking across a lawn in a neighborhood in the Village of Clayton.

According to the Wisconsin Department of Natural Resources, the black bear population density in Polk County is "common." Since 1989, the bear population has grown throughout the state and is estimated to be about 29,000 bears. The growing population has led to an expanded occupied bear range in Wisconsin.