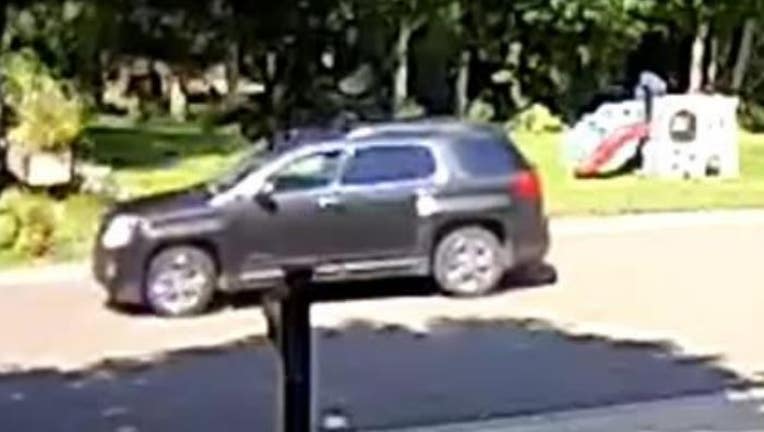 Authorities are asking help to identify a vehicle that was in the area at the time of a homicide in Lino Lakes, Minnesota. (Anoka County Sheriff's Office)

LINO LAKES, Minn. (FOX 9) - Authorities are looking for an SUV that may be connected to a homicide investigation in Lino Lakes, according to the Anoka County Sheriff's Office.

Thursday at 2:36 p.m., Lino Lake police officers responded to a home in the 6900 block of West Shadow Lake Drive. The homeowner told police when he got home he saw two people coming out the front door and leaving the area.

When he went inside the home, he found his adult son suffering from serious injuries. Responders tried to revive the son, but he passed away. The victim has been identified as 22-year-old Karl Mitchell Henderson.

According to preliminary investigation, there was a struggle inside the home before Henderson was shot.

Authorities are trying to identify a dark gray GMC Terrain with no front license plate and a black grill, which was seen in the area at the time of the shooting. Anyone with information is asked to contact the Anoka County Sheriff’s Office at (763) 427-1212.

No arrests have been made. The case remains under investigation.