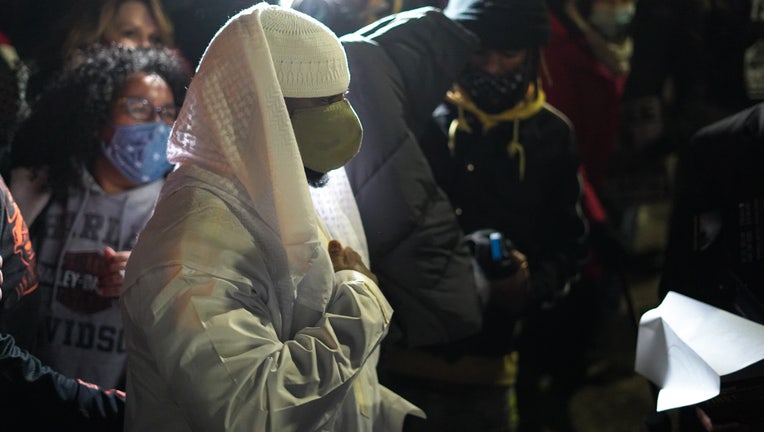 Myon Burrell addressed a crowd of supporters after he was released from Stillwater prison following a vote by the Minnesota Board of Pardons. (FOX 9)

MINNEAPOLIS (FOX 9) - Sources told FOX 9 a day after his emotional release from prison after 18 years behind bars, Myon Burrell wanted to lay low and reconnect on the outside with family and loved ones.

While Myon Burrell and his legal team were thrilled with his prison release this week, they insist their fight for justice continues. They want him fully exonerated in this case.

Guerrero has spearheaded Burrell’s quest for freedom for a crime they have argued Burrell did not commit.

Burrell was twice convicted for the 2002 fatal shooting of 11-year-old Tyesha Edwards, who was struck and killed by a stray bullet while sitting at the dining room table, doing homework inside her Minneapolis home.

More recently, questions have been raised about the underlying police investigation and use of testimony from Burrell’s so-called rival gang members.

"He’s a good man," said Guerrero. "I don’t know that I could have survived with the same mindset as him over 18 years. It must be unimaginable to spend 18 years of your formative life in prison for a crime you did not commit."

Myon Burrell has been released from the prison in Stillwater prison just hours after the Minnesota Board of Pardons voted to commute his life sentence to a 20-year sentence.

While Burrell and his legal team were thrilled with his prison release this week, they insist their fight for justice continues. They want him fully exonerated in this case.

"We have a really great criminal justice system, but it’s not infallible. Mistakes are made," said Guerrero.

Guerrero explained in Burrell’s case to wipe out the murder conviction, he could file motions through the state court system or wait for a new conviction review unit that’s currently being established between the attorney general’s office and the Innocence Project of Minnesota, or both.

As for Burrell, he spoke briefly Tuesday evening to a jubilant group of supporters outside the Stillwater prison.

"I can’t even explain my gratitude to all my supporters," said Burrell. "I love y’all take care. There’s too much injustice going on."