"I believed that today is the day I was going to die," Lyft driver Fahmi Aden said.

Around 3 p.m. on Saturday, he pulled up for a passenger near the corner of North Queen Avenue and North 52nd Avenue and immediately knew something was off.

Two men asked if he was there to pick them up, got into his car and put a gun to his head.

"He even, like, punched the gun on my face when I begged him not to shoot me," Aden said. 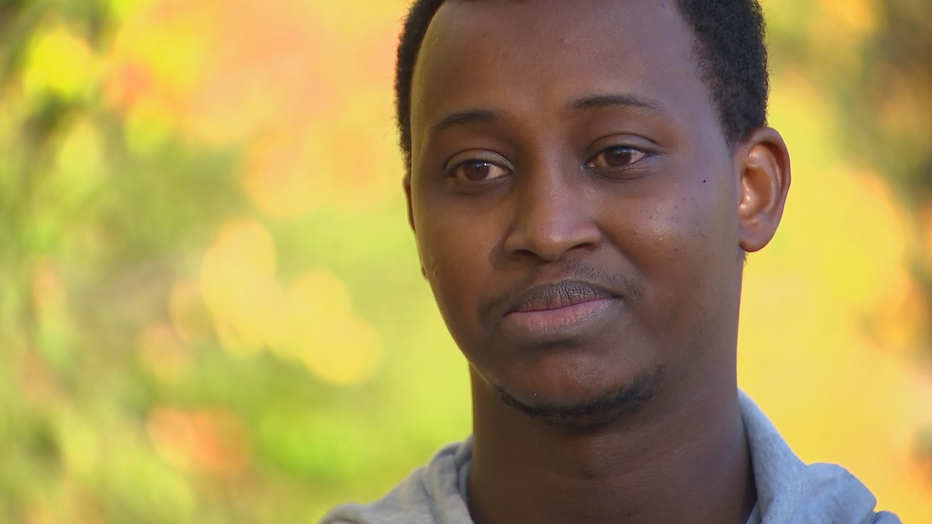 Lyft driver Fahmi Aden was robbed in Minneapolis on Saturday afternoon. The city warns ride-share drivers to be careful as they've been targeted for carjackings and robberies recently.

They demanded money and when Aden didn't have any cash, they ordered him to open up his phone, change the password and transfer all the money in his CashApp account to them, which was about $100.

Minneapolis Police say as many as 50 of these crimes have taken place in the city since August. About a dozen have happened over just the last week.

The suspects typically use a stolen phone to make a ride share request and then box in the driver with a stolen car when they arrive, stealing their wallet, cell phone, cell phone password and sometimes, their vehicle.

"There's some honest people trying to make an honest living, and you have crime like this happening in our community? Something needs to stop," said Tommy Fisher, who witnessed Saturday's crime.

Aden moved to Minnesota from Maine with his family about a month ago to find more opportunities in a bigger city. He says until he finds another job, he needs to keep driving to support his family.

"I'm feeling that I don't have faith anymore, but I am going to try my best to forget what happened today," Aden said.

His car had a dash camera that was rolling throughout the entire ordeal. That footage has been turned over as evidence to police.

If you become the victim of this type of crime, police say:

What police say residents should do: