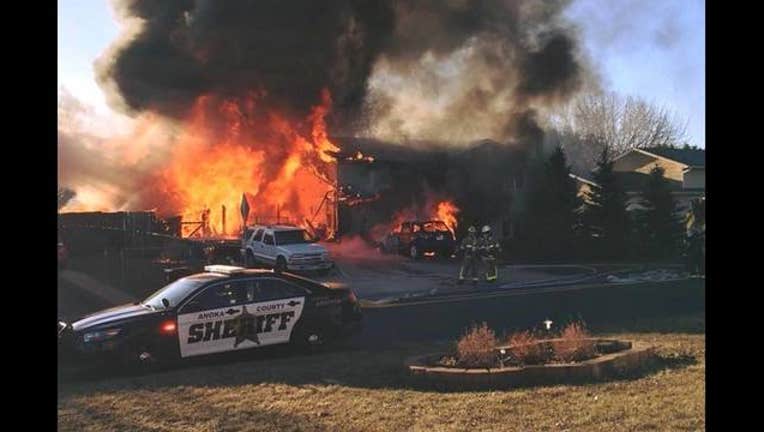 Wednesday at 7:18 a.m. authorities responded to the fire near Yucca Street NW and 139th Lane. When they arrived, a 60-year-old man and an 82-year-old man were still inside the basement. The 60-year-old told the deputies he couldn't get his relative out.

Emergency crews transported the two men to the hospital in stable condition.