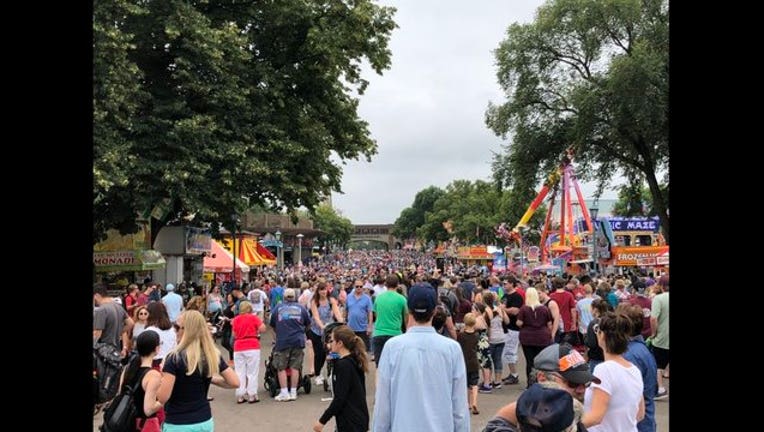 FALCON HEIGHTS, Minn. (KMSP) - After an opening day record Thursday, attendance at the State Fair Friday was the lowest of any day in the past two years.

As the skies darkened and the rain fell, however, Friday’s attendance dwindled.

While attendance numbers aren’t released until the following day, crowds appeared to return in full force to the fairgrounds Saturday.

Fox 9 is broadcasting live from the Minnesota State Fair! Come watch a live show, join the dance-off, take a selfie with the anchors and get a reusable grocery bag and fanny pack! Find us at Nelson and Dan Patch, next to the Giant Slide.