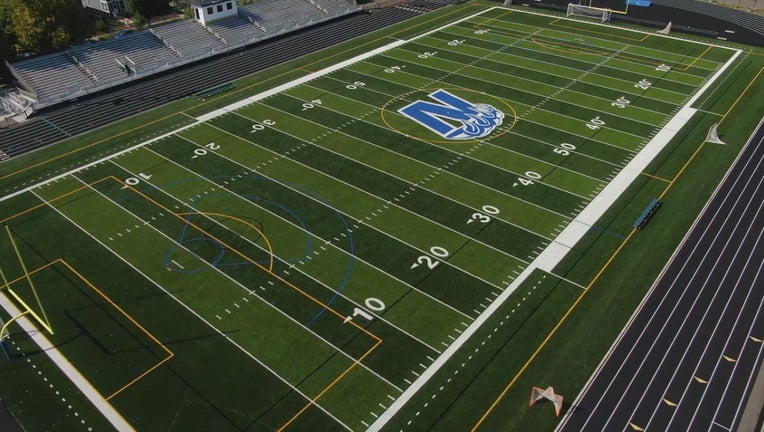 MINNEAPOLIS (FOX 9) - School is back and that means so are Friday night football games across the state of Minnesota.

The pandemic kept fans from cheering on their favorite teams in person last year and there's one spot in the metro where fans are ready to return in a big way.

Students at North Community High School in Minneapolis are getting ready to fully enjoy the upgraded athletic field.

After a season that no one could see, Minneapolis Public Schools Athletic Director Kale Severson began getting Hobbs Athletic Field ready for a big debut that it couldn’t get one year ago.

North High School’s football stadium got a full $7 million renovation including new turf, a new eight-lane track, upgraded stands, and for the first time, actual lights in time for the 2020 season.

As he prepares to open to the public, they are most proud that after 130 years, they no longer need to bring in portable toilets.

"We might be the most excited community about these bathrooms," said Severson.

What this public debut, though, really represents is the pride they have in how far they’ve come. Ten years ago, the Polars didn’t win a single game. But, steadily improving in the last five years, they’ve only lost four.

"Most importantly or what I’m most excited about is kids in this community on the lower end of Minneapolis are coming back to our community school," added Severson.

"It’s the pride of the north side, it’s for everybody," concludes Severson.