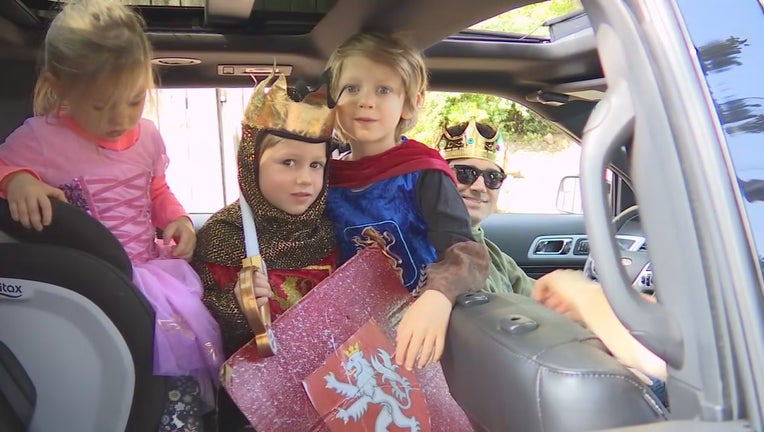 This family was among the many that took a trip through the festival grounds on Saturday. (FOX 9)

SHAKOPEE, Minn. (FOX 9) - No festival, no problem: Organizers for the Minnesota Renaissance Festival have created a drive-thru parade experience after the pandemic forced the festival to skip this year.

When organizers realized the festival had to be cancelled, they knew they still wanted to celebrate the annual event.

"We wanted to open the Renaissance Festival for the 50th Anniversary, that was the plan, that was the goal," said festival marketing director Stephanie Whipps. "Obviously, we weren't able to do that so we watched what the state fair was doing, what some other pop-up events have been doing, changing, adapting, thought it was a great idea so we just figured out how to make it work for us."

The parade runs every weekend from now until October 4. For more information on the event, you can click here.