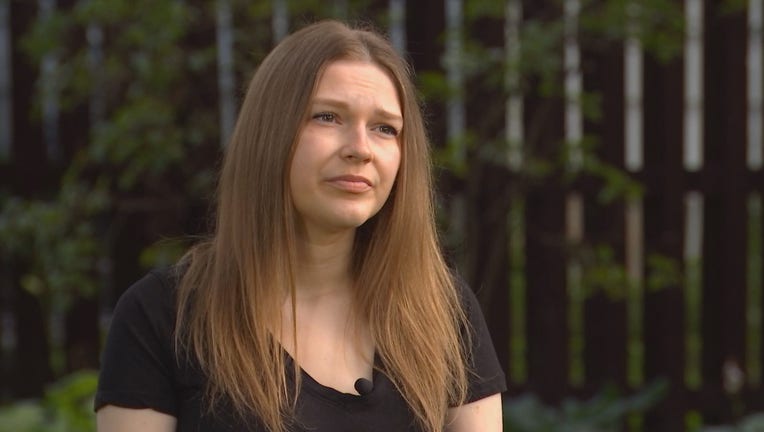 Abby Honold is an advocate for sexual assault investigation reform and talked to FOX 9 Thursday about her work and about the impending release of the man who raped her.

(FOX 9) - Abby Honold has made it her mission to ensure victims of sexual assault are treated more humanely by police investigators and her efforts aren’t stopping now that the man who raped her, Daniel Drill-Mellum, is scheduled to be released from prison in less than two weeks.

Honold talked to FOX 9 about her advocacy work, including warning the public about the return of Drill-Mellum to society.

“I thought I would feel so much more healed and so much better by the time he got out and I feel like I am right back to where I started,” she said Thursday.

Honold admits it is a struggle right now as her rapist is scheduled to be released Sept. 29.

“He did not get a long enough sentence,” Honold said. “I know I’ve been saying this from the beginning.”

Drill-Mellum raped Honold six years ago when she was 19 during a fall football weekend at the University of Minnesota. Disgusted by how she was initially treated by investigators and the need to fight prosecutors to get charges filed against him turned her attention toward victim advocacy.

“It’s one of the most under-reported crimes and the reason that is, is that victims tend to be interrogated instead of talked to and heard when they come forward,” Honold said.

“This gets really hard, but I try to remind myself, if I hadn’t come forward and gone through all these difficult things, people would still be treated the same way and nothing would have changed,” Honold said. “I know I haven’t fixed it yet, but I hope at least I helped.”

Honold’s current mission is to spread the word about Drill-Mellum’s upcoming release. She believes he is still a danger to women after serving four of an approximately six-year term behind bars.

This week, the Carver County Sheriff’s Office sent out a level three predatory offender bulletin to residents to alert them to Drill-Mellum’s plans to move in with family in Watertown after he is released on the 29th, which happens to be his 27th birthday.

“He looks very different now than when he went to prison and I want to make sure everyone sees his face and knows to keep themselves safe,” said Honold.