Graham held a news conference proposing an abortion bill that would prohibit the procedure after 15 weeks of pregnancy with rare exceptions.

Democrats hope to use their newfound political control in some states to guarantee that women have access to abortion, while some GOP strongholds may temper their efforts to deepen restrictions after poorer-than-expected results in the midterms.

Even after their gains this month, Democrats lack the power to codify abortion rights into federal law. That puts the abortion debate squarely on the states to navigate and rework the patchwork of laws that have been in place since the Supreme Court overturned Roe v. Wade.

There will still be a patchwork of policies: In Minnesota, Democrats are planning to add the right to abortion into state law. In the GOP stronghold of Florida, leaders are talking about more restrictions but haven’t settled on a plan. In Pennsylvania, pickups for Democrats mean they can likely stop Republicans from adding anti-abortion language to the state constitution, and in divided states such as Wisconsin, a legislative stalemate remains.

"The real uncertainty is how far states go" with abortion bans, said Mary Ziegler, a professor at the University of California, Davis, School of Law and an expert on the politics of reproduction. Post-midterms, some states might think twice before forging ahead with strict bans.

But, she said, some conservative lawmakers might say: "I don’t see a problem here. We’re fine. We won our elections and our voters want abortion bans."

The reversal of Roe, which enshrined the right to abortion nationwide, was broadly unpopular among voters. According to VoteCast, a survey of more than 94,000 voters conducted for The Associated Press by NORC at the University of Chicago, about 6 in 10 say they are angry or dissatisfied by the decision, while about 4 in 10 were pleased. Among Democratic voters, about 6 in 10 say the ruling made them angry.

"Whatever people’s personal feelings are on abortion, they are very clear they don’t want the government and politicians monkeying around with their health care," said Megan Peterson, executive director of Gender Justice, a Minnesota nonprofit that advocates for equal rights. 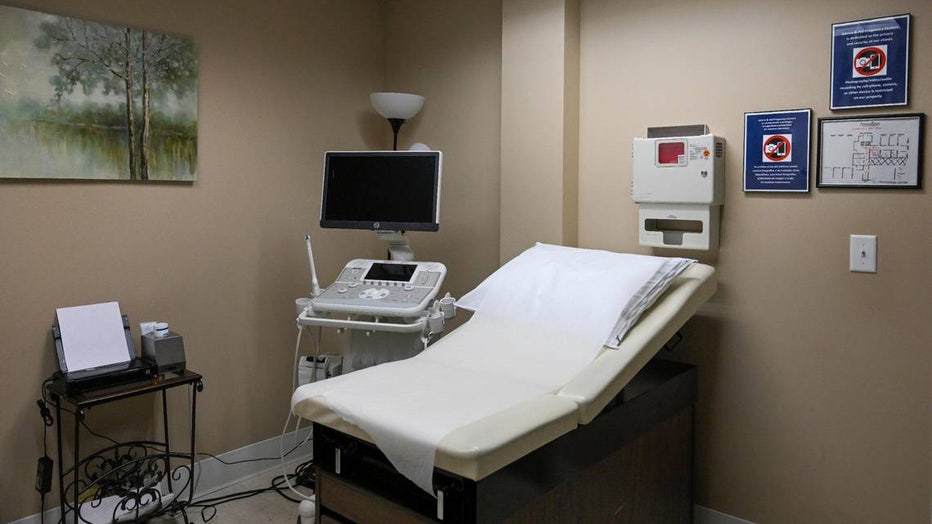 Minnesota doesn’t have any laws guaranteeing access to abortion, but abortion is protected under a 1995 state Supreme Court ruling that cites a woman’s right to privacy. After an election that will put Democrats in charge of both legislative chambers and the governor's office for the first time in eight years, House Speaker Melissa Hortman said a priority when the session begins in January will be to codify abortion rights into state law.

In battleground Michigan, voters overwhelmingly approved an amendment that enshrines abortion rights in the state constitution and affirms a person’s right to make pregnancy-related decisions about abortion and other reproductive services without interference.

Nevertheless, one priority is to remove a 1931 law that criminalizes abortion from the books, said state Senate Majority Leader Winnie Brinks. Democrats took control of the House and Senate this month. When the new legislature is sworn in, it’ll be the first time since 1983 that the party had full control of the state government.

"The people were very clear that they value their reproductive freedoms at a very high level and we want to make sure that we affirm that as well," she said. 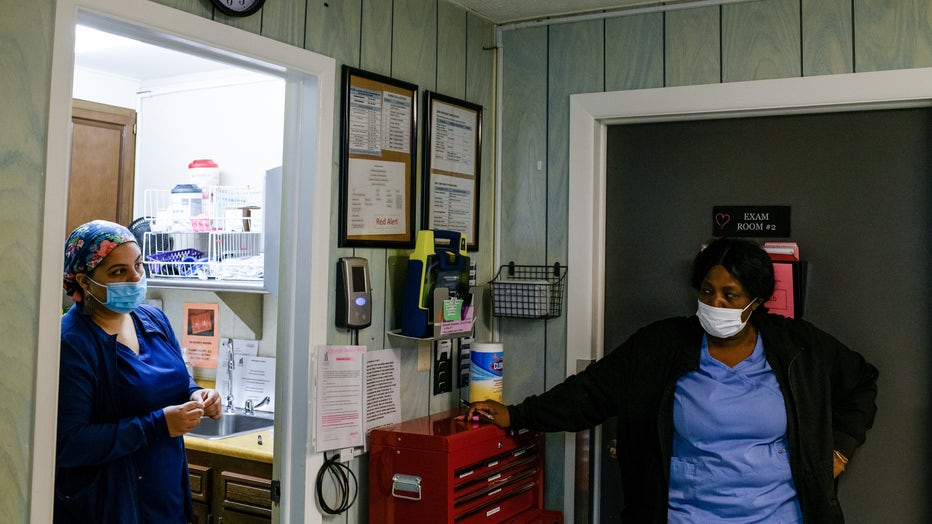 May 5, 2022: Registered Nurse Ashia George, 30, and Medical Assistant Pamela Dann, 54, wait for the completion of an abortion procedure at the Scotsdale Womens Center in Detroit, Mich., on May 5, 2022. (Brittany Greeson for The Washington Post via Ge

Elsewhere, a legislative stalemate could be on the horizon.

In Wisconsin, Democratic Gov. Tony Evers won reelection while Republicans increased their majorities in the state Legislature, but fell short of their goal of reaching a supermajority capable of overriding vetoes.

Republican Assembly Speaker Robin Vos renewed his call to pass a bill allowing for rape and incest exceptions and other changes to the 1849 law, to ensure that the state ban withstands court challenges. But Evers, voicing confidence in a court challenge, said he would veto any bill that keeps the ban in place.

"I don’t see a way to solve this legislatively," Evers said.

Pennsylvania voters flipped about a dozen seats to Democrats in the state House, which could block Republican efforts to add anti-abortion language to the state constitution.

Nebraska Republicans want to ban abortion, but the GOP appears to have fallen short of securing the 33 seats it needs in the officially nonpartisan, one-house state Legislature to overcome filibusters. That could make it harder for them to ban abortion, even though they control the Legislature and hold every major statewide office.

Other GOP strongholds are seeing roadblocks to bans.

In Kansas, the Legislature retained its strong anti-abortion majorities, but abortion opponents are constrained by a 2019 state Supreme Court decision declaring access to abortion a "fundamental" right under the state constitution.

Voters in August decisively rejected a proposed constitutional amendment to overturn that decision. Abortion opponents instead are looking to other proposals.

Rep. Dan Hawkins, a Wichita Republican who is expected to become House speaker in January, said lawmakers may pursue a law requiring health providers to take all reasonable steps to save the life of an infant born alive, including after an attempted abortion.

President Joe Biden on Aug. 3, 2022, celebrated Kansas primary voters who protected the right to abortion in the conservative state and signed an executive order aimed at making it easier for patients seeking abortions to travel between states to get access to the procedure.

"You have to do something that you think has a chance of passing muster," Hawkins said.

Voters in Montana, where Republicans hold a super majority in the Legislature, rejected a similar ballot measure Nov. 8. Five days later, a lawmaker there requested a bill be drafted to "establish that an infant born alive is a person." It has yet to be drafted, but another bill already drafted for next year calls for a ban on abortion at all stages of pregnancy.

Kentucky voters rejected a Republican-backed ballot measure aimed at denying any constitutional protections for abortion — highlighting an apparent gap between voter sentiment and expectations of the GOP-dominated Legislature, which imposed a near-total abortion ban.

"The people of Kentucky have spoken and their answer is no — no to extremist politicians banning abortion and making private medical decisions on their behalf," said Amber Duke, interim executive director for the ACLU of Kentucky.

In Florida, which further cemented its GOP control, the issue was also murky. Florida passed a ban on abortion after 15 weeks with no exceptions for rape or incest during the 2022 legislative session.

Republican Gov. Ron DeSantis won by a landslide and the House and Senate went from firmly Republican to GOP supermajorities in each chamber. The governor and legislative leaders have all said they support new abortion restrictions, but no specific language has been proposed.

Christine Matthews, a pollster who has worked for Republicans, said even among conservative lawmakers, there could be more debates on how far restrictions should go, as there were this year in Indiana and West Virginia, where laws were passed banning abortion throughout pregnancy but with exceptions in cases of rape and incest.

"For the first time, some of these particularly male legislators were grappling with the fact that this is hard, not everything goes one way," Matthews said. "People who support it as being between a woman and a doctor are like, ‘Yeah, no kidding.’"