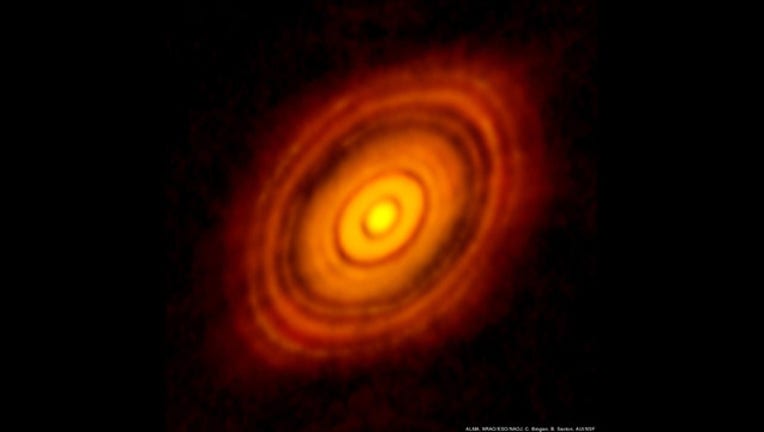 KMSP - For decades, scientists have tried to accurately illustrate how our solar system came to be what it is today.  Well, we may be able shed some light on that very subject.  A high altitude telescope in the Andes Mountains of Chile called ALMA (Atacama Large Millimeter/submillimeter Array) has captured one of the most stunning images ever. The image features the star HL Tau, which is located approximately 450 light-years from Earth. The star is surrounded by a protoplanetary disk made of gas and dust. The gaps in the disk indicate that emerging planets orbit around the star, clearing dust from their path as they go.

"This is truly one of the most remarkable images ever seen at these wavelengths," Dr. Crystal Brogan, an astronomer at the National Radio Astronomy Observatory (NRAO) in Charlottesville, Virginia, said in a written statement. "The level of detail is so exquisite that it's even more impressive than many optical images."  The image shows just the beginning stages of this solar system.  It could be billions of years before the solar system is considered “stable” like ours with completely built and aged planets that fly in harmony around the interior star.