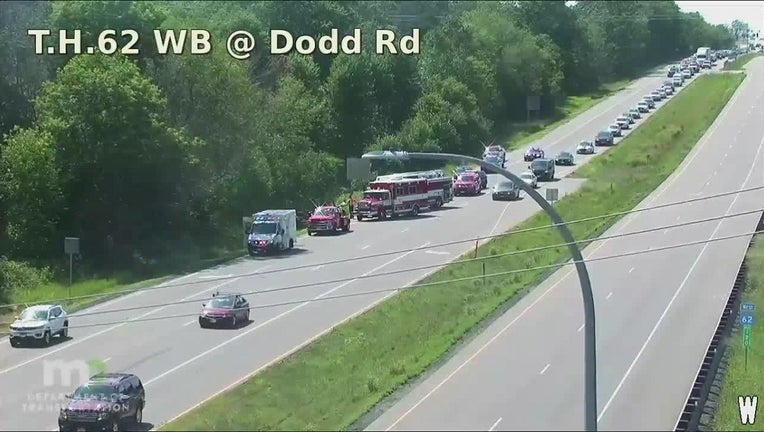 The scene of a fatal crash in Mendota Heights (MnDOT)

MENDOTA HEIGHTS, Minn. (FOX 9) - A 66-year-old woman was killed Friday after a vehicle she was in hit a tree and rolled on Highway 62 in Mendota Heights.

The Minnesota State Patrol said the crash occurred around 2:45 p.m. Friday on Highway 62 near Dodd road when a 70-year-old man driving a truck in the right lane heading eastbound drifted into a ditch, hit a tree and rolled the vehicle.

The passenger, 66-year-old Margarita Garcia of Inver Grove Heights, was killed in the crash. The driver suffered non-life threatening injuries and was taken to Regions Hospital, according to the report.

The State Patrol says alcohol was not a factor in the crash.