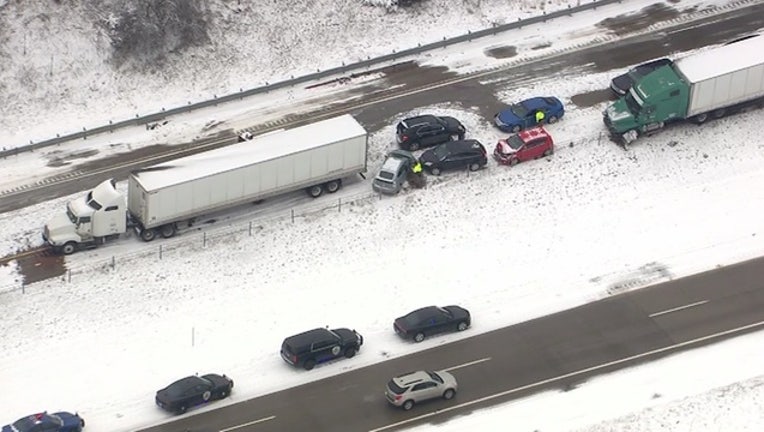 JACKSON, Mich. (WJBK) - The Michigan Department of Transportation is urging all drivers headed west to avoid I-94 in the Jackson area after a massive pileup in whiteout conditions.

Authorities were called to I-94 and Race Road around 10:30 after the accident happened in white-out conditions.

According to Michigan State Police, at latest check about 50-60 vehicles were involved in the pileup, including multiple commercial vehicles.

The Michigan Department of Transportation said that the accident was likely caused by a sudden snow squall.

Authorities say there are injuries but none are considered life-threatening.

Westbound traffic is closed and eastbound I-94 in the same area is also congested.

You can see chopper video from the accident scene on FOX 2 News Now here.