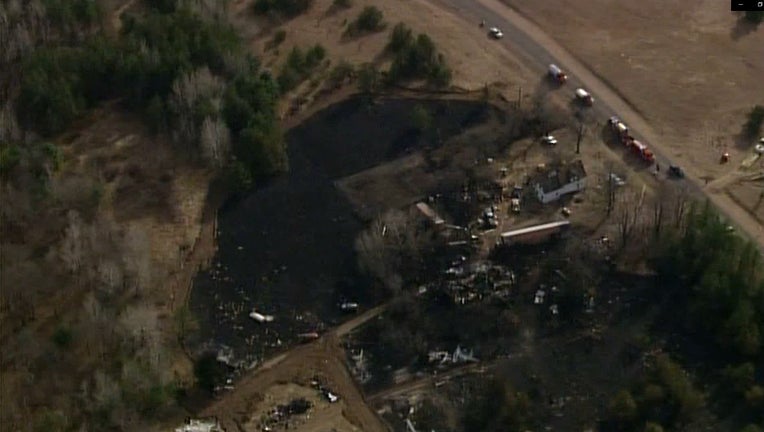 LINCOLN TOWNSHIP, Wis. (FOX 9) - A wildfire that burned through 40 acres of land in western Wisconsin and destroyed three structures is now under control, the Wisconsin Department of Natural Resources reported on Sunday.

The Perida fire, which was reported in the Lincoln Township in Burnett County, just southwest of Yellow Lake, was first reported on Sunday.

Firefighters, with help from both the Wisconsin DNR and Minnesota DNR, were able to bring the fire under control on Sunday afternoon with efforts from both the ground air. Video from the FOX 9 helicopter shows damage to at least one burned-down large structure as a result of the fire. The Wisconsin DNR says fire crews were able to save at least 13 structures during the battle, however.

Dry conditions in Wisconsin and Minnesota have led to multiple fires over the past week. In Wisconsin, the entire state is under a very high fire danger risk, according to the DNR. In Burnett County, burning has been restricted.

The cause of the fire is unknown at this time.