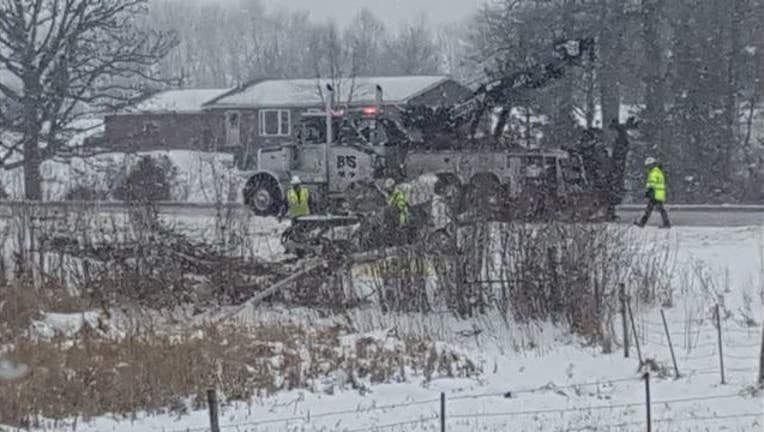 The Minnesota State Patrol is investigating a fatal crash that occurred between a car and a semi at Highway 12 and Highway 25 near Delano, Minnesota Friday morning. (Photo credit: Mark Hayes)

(FOX 9) - A 21-year-old Buffalo, Minnesota man was killed Friday morning when his car collided with an oncoming semi on Highway 12 in Wright County.

The crash occurred at 6:45 a.m. near the intersection of Highway 12 and Highway 25 in Franklin Township, between Delano and Montrose. According to the Minnesota State Patrol, the victim was driving a Pontiac Vibe east on Highway 12 when he lost control and crossed the center median. His car was struck by a semi traveling in the opposite direction.

The Pontiac Vibe came to rest in a ditch.

The driver of the Pontiac Vibe was killed. Their identity has not been released.

The driver of the semi, a 33-year-old St. Paul man, was taken to Regions Hospital with non-life-threatening injuries.

The State Patrol described the road conditions as wet at the time of the crash.