Danielle Brosious, 27, from Green Township of Cincinnati, Ohio, and Patricia Herlinger, 55, from Colerain Township, died after being struck by lightning while jogging.

CINCINNATI - Two women died after being struck by lightning while jogging through a cemetery in Ohio last week, according to local news reports.

Danielle Brosious, 27, from Green Township of Cincinnati, Ohio, and Patricia Herlinger, 55, from Colerain Township, died after being struck by lightning while jogging, Fox19 reports. 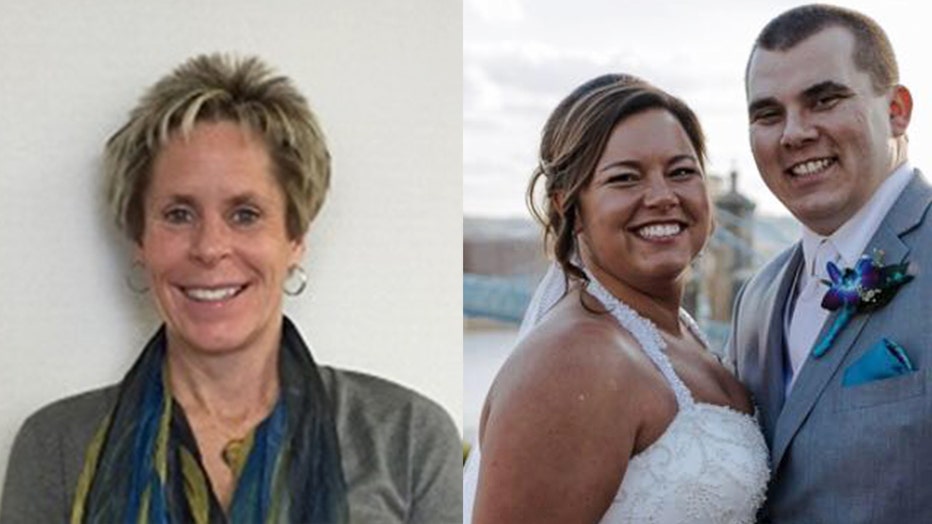 One other person was injured by the lightning strike at Spring Grove Cemetery and Arboretum early in the evening on Friday, Aug. 31, Cincinnati Fire Department Captain Matthew Flagler told Fox19. All three patients were transported to University of Cincinnati Medical Center, two of whom were in serious condition.

“Spring Grove is deeply saddened by this tragic accident. Our hearts go out to the victims and their families,” said Gary Freytag, President and CEO of Spring Grove Cemetery and Arboretum.

Brosious was pronounced dead at the hospital Friday, according to a report from the Hamilton County Coroner.

“God called back home the blessing he sent us,” Brosious's obituary reads. “She was a loving daughter, sister, daughter-in-law, granddaughter, cousin, niece, and friend to many.”

Brosious, born Danielle Kelsey, had recently begun a new chapter in her life after marrying her husband Matt.

“I can't express the sorrow we feel or imagine the pain of your loss,” her father-in-law, Ralph Brosious, wrote in the guestbook on Dani's obituary. “The Brosious family stands with you in this time of mourning. Thank you for sharing Dani with us. It was a pleasure having her as a part of my family. We felt the joy she brought to my son's life. She will be forever missed.”

Brosious "was born during a Bengal’s game, so Cincinnati sports was a special love affair that continued throughout her life," her obituary says. She earned an undergraduate degree in sports business from Northern Kentucky University, where she was also deeply involved in her sorority, Delta Gamma.

The guestbook on Brosious’s obituary is filled with adoring messages from loved ones that paint the picture of a kindhearted, vibrant and magnanimous young woman who touched the lives of many.

"She never met a stranger," her obituary reads. "Dani took pride in being the best friend she could be and never fell short. To quote a friend, ‘some people walk into your life and no matter how briefly they are there, they change you forever.’ Dani was one of those people and touched every person she met."

"I am saddened to share the news of the passing of Patty Herlinger, a City employee who spent her 31-plus-year career at Water Works, MSD, and most recently as the City’s Occupational Safety & Health Coordinator in Risk Management.

Patty touched the lives of so many friends and coworkers in every department, but none as much as her partner Brian, a current MSD employee, and her sister Jennifer, an employee of the Cincinnati Health Department. Patty is also survived by her mother Cindy, a retired City employee, as well as her other siblings, nieces, and nephews."