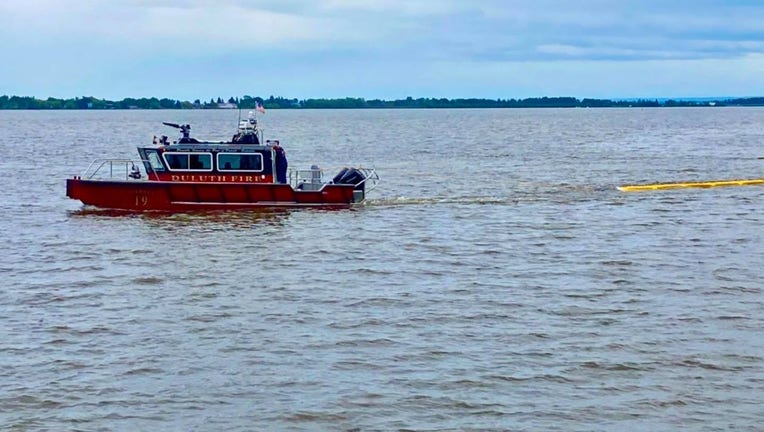 DULUTH, Minn. (FOX 9) - Two teenagers on paddleboards were rescued from Lake Superior in Duluth after they drifted about 100 yards offshore on Monday afternoon.

The teens were paddleboarding off of Park Point Beach on Monday afternoon when they drifted out into Lake Superior, the Duluth Fire Department said. They were located and brought aboard the fire department's all-hazard marine vessel, called Marine 19, at 3:24 p.m.

The paddleboarders, who were wearing life jackets, were not injured, a news release said.

Authorities said the likely reason the teenagers drifted out into the lake was the "abrupt wind change" in the early afternoon, the release said. Winds Monday morning were light and coming from the east in Duluth, but the winds switched from the southwest and increased to 16 mph and gusting to 22 mph.

"A sudden westerly wind can become a hazard for persons operating non-motorized vessels on the lake-side of Park Point," the Duluth Fire Department said. "Persons are advised to always have a plan for immediate wind changes and to wear a life vest at all times."