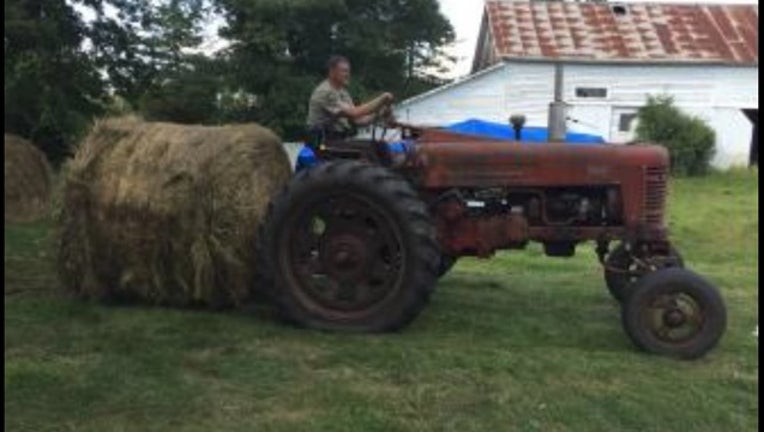 (FOX 9) - Two deputies went beyond the call of duty to help a man dealing with illness after being called out to a farm for a welfare check in rural southern Stearns County, Minnesota.

According to the sheriff, Deputies Shirley Zwack and Dave Bonfield responded for the welfare check requested by a healthcare facility on Wednesday after the individual, a farmer, missed two appointments.

At the farm, the sheriff says Deputy Zwack found the man was ill, and needed to see a doctor, but had run into some bad luck: Cattle had busted through a fence at the farm and escaped. Deputies attempted to contact family but couldn't get ahold of someone who could help.

At this point, Deputy Bonfield arrived and the deputies decided to take matters into their own hands. First, with help from the farmer, they rounded up the five cows and calf that had made it out -- which were located grazing about a mile and a half away from their pen.

Then, deputies worked to fix the fence and secure the cattle's pen.

The farmer didn't feel comfortable leaving before the animals were fed, so the deputies helped feed the cows and chickens, including using a tractor to move a large bale into the cattle pen.

The deputies then made sure the owner got transported to a medical facility for treatment. He was released later in the day and scheduled a followup appointment for Thursday. To make sure he made the appointment, Deputy Zwack gave the farmer a call the following day.

In a newsletter, Captain Jon Lentz said, "Deputy Zwack and Deputy Bonfield went above and beyond to help another person in need. They are both great examples of the deputies working in this Office."