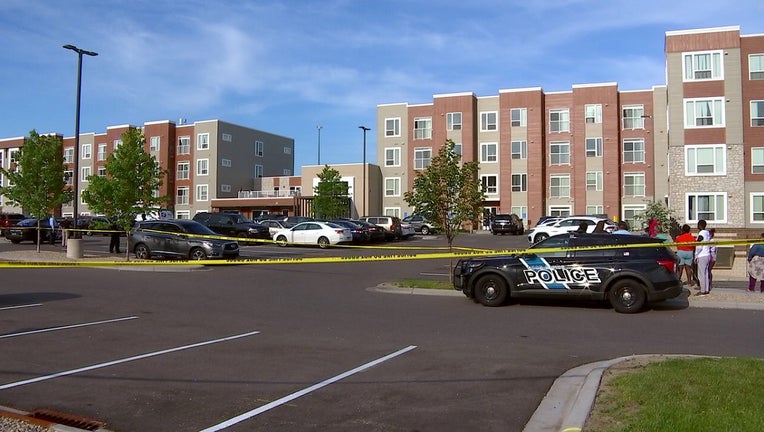 Police investigate outside the Spring House apartments on Monday. (FOX 9)

Police responded at 4:49 p.m. to the Spring House apartments on Springbrook Drive NW for the reports of shots fired inside the apartment building.

The Anoka County Sheriff's Office says a confrontation between the men in the apartment led to shots being fired. Two of the men were mortally injured with one victim being declared dead at the scene and the other dying at the hospital. The third victim suffered minor injuries, deputies say.

Deputies say there is no ongoing threat from the shooting. The incident is now under investigation.