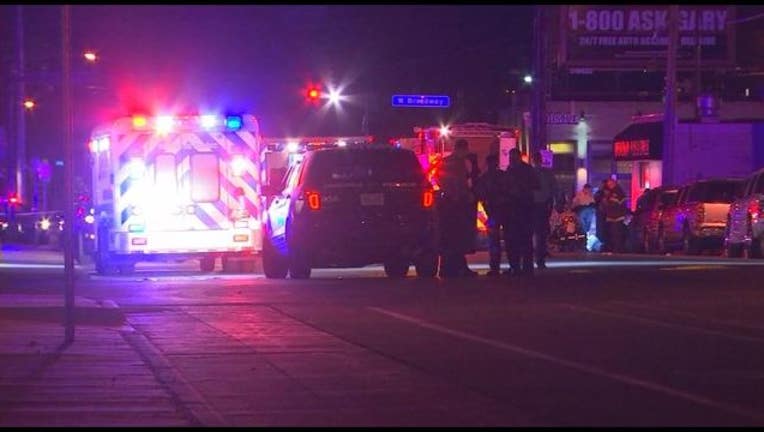 MINNEAPOLIS (KMSP) - Two people are injured after an overnight shooting in Minneapolis.

A Minneapolis police officer was clearing a fight call at 200 Broadway Avenue West around 1 a.m. when he heard the sound of gunshots in the area.

The officer then located two men who had been shot just north of Broadway Avenue West on 2nd Street North. Both men had non-life threatening wounds and were provided medical care until paramedics arrived.

As more officers were arriving at the shooting scene, they located a suspect who ran from them on foot.

According to police, the suspect was arrested a short distance away, and a handgun was recovered. The 33-year-old man was booked into Hennepin County jail.

Minneapolis police are investigating the shooting.