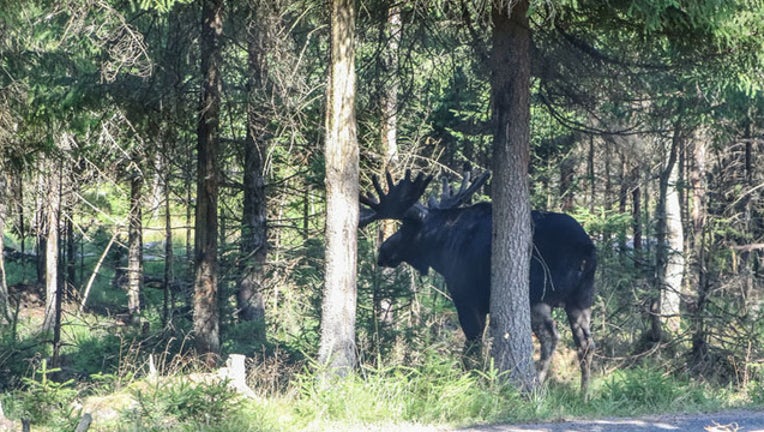 Moose is seen in Markaryd, Sweden on 30 July 2018 on the Moose farm of Smalandet. (Photo by Michal Fludra/NurPhoto via Getty Images)

BASSETT TOWNSHIP, Minn. (FOX 9) - A Georgia teenager and her passenger were injured Sunday night when her car collided with a moose on a highway in northern Minnesota.

The crash occurred around 11:15 p.m. on Forest Highway 11 in Bassett Township, according to the St. Louis County Sheriff’s Office.

The driver, identified as 17-year-old Amaya Nelson of Milledgeville, Georgia, was driving a Dodge Neon southbound on Forest Highway 11 when she hit a moose that was in the road. Both Nelson and her passenger, Remington Delinger, 22, of Two Harbors, were taken to a nearby hospital with non-life threatening injuries.

The sheriff’s office did not list the condition of the moose.